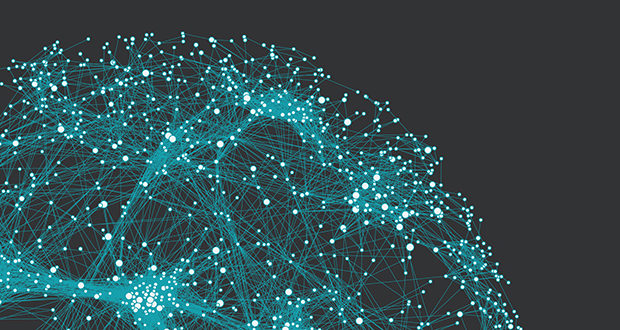 These and other technologies are worth keeping an eye on in 2018, according to USA TODAY. There is sure to be more digital innovations on the horizon in 2018!

All of these new technologies will leverage advances in machine learning and artificial intelligence in a rapidly evolving digital society.

You’ve probably heard about the next generation of speedy wireless or 5G for quite some time now, and 2018 is at least when some of you will begin to get a taste of what 5G potentially means. One major early 5G test comes in February at the Olympic Winter Games in South Korea, but 5G trials and deployments are happening across the globe.

You can expect these and other chatty AI digital assistants – think Microsoft Cortana, Apple’s Siri, Samsung’s Bixby – to continue to echo elsewhere, into TVs, fridges, smart watches, headphones, cars, even the workplace. There’s already been movement in these areas, and at the upcoming CES trade show in Las Vegas, I expect to see numerous examples of further progress.

How will the digital assistants evolve? For starters, they’ll sound more human. You’ll come a bit closer to having a real conversation of sorts with them. The Google Assistant, for example, can already now process multiple requests at once. For example, you can say something like “OK Google, turn down the lights and turn up the music,” and have the Assistant oblige.

The most intriguing feature in Google’s new Pixel Buds is real-tine language translation through the Google Translate app.

Consider that noise-cancelling technology has been used in headphones for years to drown out sonic distractions in the background. But what if your earphones could learn which people in a room you want to hear more clearly, and, conversely, which folks you’d like to mute? For such a development to become more of a reality, Bjorn says, earphones will need to be made more aware of our intentions and allow for more direct user control. He also suggests that we may end up sleeping with some earphones, if only to block out the noise from a partner who is snoring.

While consumer interest in virtual reality seems to have waned to some extent, augmented reality could pick up steam in 2018. Apple and Google have revved the throttle in their various platforms. Amazon, Facebook and Microsoft are also banking on AR.

As a refresher, AR lets you interact with digital characters and objects that appear to be inside your still-visible real life environment.

Don’t narrowly think about AR requiring a boost from some killer app like the summer-2016-craze Pokémon Go—though that couldn’t hurt and is certainly possible. Instead, expect to see the technology show up as an added feature on a gaggle of gaming and e-commerce apps that you already regularly use without AR.

Meanwhile, despite high profile failures such as Google Glass or even Snap Spectacles, don’t rule out the reappearance of some sort of AR-capable eyewear, though whether that happens in 2018 or later remains to be seen.

Even before The Jetsons, robots of all types have long fascinated people of all ages. And now we could be finally be at the dawn of welcoming them into our homes as companions.

Indeed, most robots used in homes today are either toys, or task-oriented – Roomba and other robotic vacuum cleaners.

6. Pushing computing to the edge

You don’t have to follow tech closely to recognize the profound impact that cloud computing has had on society during this past decade. Under cloud computing, computers have largely been centralized in the Internet or what is referred to as the cloud. But the proliferation of IoT, connected sensors, autonomous cars, drone delivery, and so forth is driving a hot topic among technologists known as “edge computing,” where computing gets spread out all over the place, and brings the intelligence locally or closer to the source, largely in the name of speed. No one is suggesting that cloud computing is going away.

Like it or not, it was a bold move recently when Apple ditched the Touch ID fingerprint scanner on the iPhone X in favor of facial recognition through Face ID. It’s unclear if Touch ID also falls by the wayside on all future iPhone models, but I wouldn’t be shocked were that to be the case. For now, top Samsung Galaxy phones still let you use a fingerprint to authenticate your identify while also providing iris scanning and facial recognition schemes.

Amazon announced recently that more new, paid members joined Prime worldwide in 2017 than any other year. It also noted that more than 5 billion items shipped worldwide with Prime in 2017, including via one-day and two-day shipping.

The company has never before released details around how many items it has shipped via Prime in a year’s time, and declined to provide last year’s figures for comparison purposes.

The closest it got last year was revealing that more than a billion items shipped via Prime and fulfillment by Amazon during the 2016 holidays.

To some extent, the increases in membership and shipments represent the expanded reach of Prime in 2017, and its more recent arrival in key markets – not only its ability to convert online shoppers to paying members.

For example, Prime expanded into Mexico, the Netherlands, Luxembourg and Singapore in 2017, in addition to existing markets including the U.S., U.K., Spain, Japan, Italy, India, Germany, France, China, Canada, Belgium and Austria.

Contributing to Prime’s growth is because it’s relatively new to one of the world’s biggest markets, India, where it launched in July 2016. Prime’s existence in that country has certainly impacted 2017’s numbers.

Prime shipments have also likely been impacted by Amazon’s ability to get its Alexa-powered devices into the home, where they enable easy re-ordering of household staples, like packaged goods, diapers, dog food and more. After the holidays, Amazon announced it sold “tens of millions” of Alexa-enabled devices worldwide over the holidays. That indicates over 20 million Alexa devices have been sold to date, according to various third-party sources.