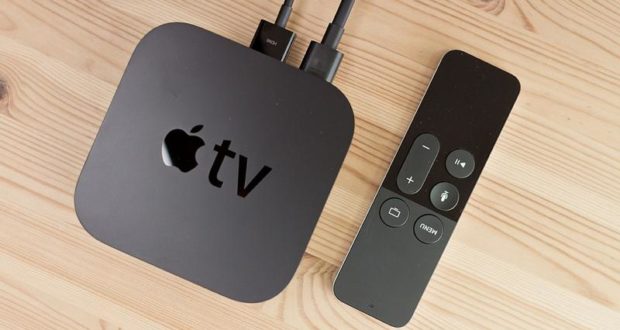 Apple has further expanded its TV application on iOS and tvOS. Following the addition of a dedicated Sports section a few months ago, users can now use the TV app to access live streaming news content from numerous sources.

While not as extensive as the Sports section, the News section in the TV app allows users to instantly access live streaming news content from several different networks. You get direct access to CBS News, CNN, Fox News, CNBC, and Bloomberg.

If you don’t have the dedicated application for one of those networks installed, tvOS or iOS will prompt you to install it directly from the App Store. The TV app uses your single sign-on login credentials to connect you into each of those apps, making it seamless to set up multiple different news sources.

Furthermore, on tvOS, you can use Siri to start playing a specific network. For instance, simply say “Play CNN” to immediately jump to the live feed in the CNN application.

Apple originally showcased this feature in September when it unveiled the Apple TV 4K. The feature launched with sports integration in November.

The news section in the TV application is accessible under the main “Watch Now” header.

The move, which Campbell Brown, the company’s head of news partnerships, announced onstage at the recent Code Media conference is part of a broader evolution of Facebook’s news strategy.

Facebook launched the Watch platform in August as a way to compete more directly with other video distribution platforms online.

The company had created a video tab as early as 2016, but only hosted generic videos that were being shared by friends and family. With Watch, Facebook was trying to own and control original content that it distributes itself exclusively on its own channel.

The social media giant has struggled in recent years to manage the quality of news content that’s being shared on the platform and how news is being consumed by the Facebook audience. That said, Campbell continued to recite the Facebook line of self-effacement with the company’s involvement in the media landscape.

Facebook is focusing on local news publishers rather than big national outlets to change the conversation and focus on the utility of the platform.

Two years ago, NBC’s Summer Olympics audience in Rio fell sharply, especially among millennials, forcing the broadcaster to give advertisers free airtime to make up for the shortfall.

For the winter games in South Korea, the network hopes to avoid a similar fate by selling commercials a new way: based on total viewers regardless of how they’re watching, according to Bloomberg. So whether a fan is following figure skating on the NBC broadcast channel or tuned into curling online, that person will count the same toward the audience NBC is promising to advertisers – and cost the same for a marketer to reach.

The change shows how programmers like NBCUniversal, Comcast Corp.’s entertainment division, are trying to adapt to a world where more people watch online and fewer watch on television at home. NFL ratings slumped 9.7 percent this past season after an 8 percent drop the prior year. This year’s Super Bowl, also on NBC, drew the smallest audience in nine years.

At the summer games in Rio, NBC was forced to give advertisers free commercial time, after providing separate guarantees for TV and online audiences and then coming up short on television viewers. Such promises become daunting as more consumers watch programs both ways. NBC is airing 2,400 hours of Olympics this year on its broadcast network, cable channels such as NBCSN, CNBC and USA and online.

NBC tallied up its total Olympics viewership two years ago and found that online audiences and those tuned in to its NBCSN cable sports network lifted total ratings by 7 percent, or almost 2 million people. That would have amounted to similarly higher advertising revenue had NBC successfully employed its new strategy, Lovinger said.

And while a few marketers have only purchased traditional TV commercials or only digital ads, the “vast majority” of sales were based on total viewership, according to Bloomberg. Eventually, the network hopes to make that metric the basis for selling ads against other programming, raising the prospect that NBC will be paid more for viewers who don’t watch on TVs.

Not everyone is buying NBC’s new math. David Cohen, president of the ad buyer Magna in North America, said the new ad strategy will likely boost NBC’s Olympics revenue and make it less likely the company will fall short of its audience guarantees. But he said the value of an online viewer may be greater than a TV viewer, given the potential for interaction.

So far, NBC’s ad sales for the Winter Olympics have surpassed $900 million, topping the total for the 2014 Sochi games, when the company sold “north of $800 million,” Lovinger said. NBC is still selling commercials for the games as they begin this week. A few nights in the first week, including the opening ceremony, are sold out, he said.

But some marketers have decided to buy fewer spots this year after finding that multiple ads didn’t add up to more business, according to one buyer who asked not to be identified. Lovinger said NBC has attracted many new brands to the games, with about 60 percent having never participated in the Winter Olympics before.

Video platform Vimeo has launched new features designed to simplify video distribution across social networks, including one tool that allows live video to be streamed to Facebook, YouTube, Twitch and Periscope at the same time. Another allows creators to upload to both Facebook and YouTube simultaneously with one click.

The additions come at a time when Vimeo has been shifting its business away from being a destination site for video content, like YouTube, and more of a tool provider for video creators. The company last year decided to scrap its subscription video-on-demand plans, promoted its creator business lead Anjali Sud to CEO, and acquired live video streaming platform Lifestream.

Now the company aims to be more of a one-stop shop for anything video creators need to run their businesses, from tools to host, share and sell their videos, to those that allow them to build their own subscription or over-the-top streaming services.