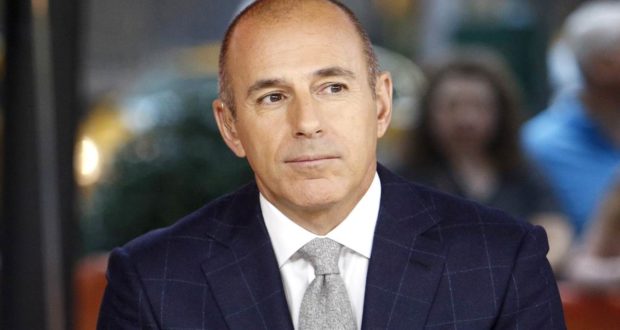 In 2017, you wanted to know more about one of the most powerful storms on record, the devastating Hurricane Irma. But you were also curious about Cardi B. and Unicorn Frappuccinos.

Google’s annual list of the most popular searches is here, offering a peek into what people are really thinking about. Like 2017 itself, this year’s top searches skew a little darker than usual, but are punctuated with some whimsy and positive moments.

The top trending searches in the U.S. were Irma, Matt Lauer, Tom Petty, the Super Bowl and the Las Vegas shooting.

To determine the most popular trending searches, Google looked at its trillions of queries, filtered out spam and repeats, and identified searches that had the highest uptick in traffic compared with the previous year. It breaks them into categories like news, memes, and recipes (beef stroganoff was a hit).

While “#metoo” didn’t show up on the lists, the movement’s impact certainly did.

High profile men who have been accused of sexual misconduct were among the most searched for people in the U.S., including Lauer, Harvey Weinstein, Kevin Spacey and Bill O’Reilly.

Lauer topped global searches, as well, and Louis C.K. was one of the most searched for actors.

Donald Trump isn’t anywhere to be found on Google’s lists, but that’s because he was just as searched for last year and therefore not “trending.”

Politics were everywhere, though. Among the top “What is …?” searches were DACA, antifa, net neutrality, covfefe and the Paris Climate Agreement. France had the most googled election, followed by Germany and the U.K.

Google also broke out the most searched for protests in the U.S. The top query was the NFL national anthem protests, followed by Charlottesville.

Money was on everyone’s mind. People wanted to know what bitcoin is, how to buy it, and the latest bitcoin price. They also asked how to freeze their credit, a common concern after the year’s enormous Equifax hack.

There was plenty of joy, too.

The solar eclipse trended in multiple categories. People wanted to know how to make their own slime and how many calories were in Starbucks’ Unicorn Frappuccino (410 in a Grande). April the giraffe was the ninth most popular news story in the U.S.

All in all, it was a very historic – and interesting – year!

Numerous brands, including United Airlines and Uber, dealt with major crises, sometimes compounding the problem with clumsy communications. Fake news continued to hound major social media platforms, while brands braced themselves for the possibility of being tweeted at by President Trump.

In short, PR pros and brand communicators had a busy year, according to PR News.

But it certainly wasn’t all negative news. Beyoncé broke the internet with a pregnancy announcement heard ‘round the world, April the giraffe captivated the nation, Twitter doubled down on its character count and the #MeToo movement sparked an important national conversation (while compelling many organizations to update their own crisis plans).

Here are seven of the most memorable PR stories that defined 2017, according to PR News.

1. The #MeToo movement’s impact continues to be felt, with new allegations making headlines on an almost daily basis. Showing the sheer power of social media, one tweet by a celebrity started a movement that grew until it affected nearly every industry. While the spotlight was initially aimed at Harvey Weinstein and the entertainment industry, the movement spread to politics and B2C brands, and led to a long-overdue national conversation around sexual harassment.

2. The United Airlines dragging incident. When video of a bloodied 69-year-old doctor being dragged off an overbooked flight went viral, United was faced with a huge crisis. While United CEO Oscar Munoz publicly apologized the next day, the crisis grew when he took a decidedly tougher stance in an internal letter to employees, essentially blaming the victim.

3. Pepsi’s Kendall Jenner ad. It’s safe to say that years from now, this Pepsi ad will be studied by brand communicators as an example of what not to do. The tone-deaf spot tried to capitalize on political or social protests without actually defining the issue – taking a stand without actually taking one. While Kendall Jenner might be a fine choice for Pepsi in a different context, casting her as the hero of this ad felt insulting to anybody who had devoted time to a cause.

4. Beyoncé’s record-breaking Instagram post. On a more positive note, Beyoncé’s simple, but beautiful, photo to announce her pregnancy with twins quickly claimed the record for most-liked photo on Instagram after hitting 6.4 million likes. The February 2017 post now has over 11 million likes, so it will most likely hold onto that title for a while.

5. NFL player protests during the national anthem. Although Colin Kaepernick started the protests last year, it grew exponentially this season and continues to be a hot topic of conversation and debate, turning the national sport into a national political issue. The tension among the owners, fans and players was only inflamed when President Trump took a hard-line stand.

6. Twitter’s move to 280 characters. The bold move redefined Twitter, which had been characterized by its 140-character limit since its inception. Although the platform is the president’s preferred mode of communication, usage had been declining. While it’s still unclear whether the expansion has bolstered Twitter’s popularity, it certainly got people talking and landed Twitter plenty of media coverage.

7. Uber faces one crisis after another. The popular ride sharing service experienced a seriously tough year. In February, a video of Uber’s then-CEO Travis Kalanick berating an Uber driver went viral, and started a downward spiral for the company, including accusations of rampant sexism in the company and eventually leading to Kalanick’s resignation. What’s more, the company revealed in November that it had suffered a major data breach, and paid off the hackers to keep it quiet.

Oh my, the world has lost a legendary sports broadcaster in the death of Dick Enberg.

The Hall of Fame broadcaster whose “Oh my!” calls rang familiar with so many was 82.

Enberg was one of America’s most beloved sports broadcasters, with his versatile voice spanning the world of networks, including NBC, CBS and ESPN. In all, he covered 28 Wimbledons, 10 Super Bowls and eight NCAA men’s basketball title games, including the Magic Johnson-Larry Bird showdown in 1979.

His work was celebrated with a host of honors, including the National Baseball Hall of Fame’s Ford C. Frick Award (2015), the Pro Football Hall of Fame’s Rozelle Award (1999) and the Naismith Memorial Basketball Hall of Fame’s Gowdy Award (1995). He won 13 Sports Emmy Awards and a Lifetime Achievement Emmy. He received a star on the Hollywood Walk of Fame, and UCLA named its media center in Pauley Pavilion after Enberg in 2017.

Most recently, Enberg had served as the primary play-by-play TV voice of the San Diego Padres, retiring in 2016 after seven seasons with the team. Now, the angels have a new play-by-play man to bring greater glory beyond the Pearly Gates!