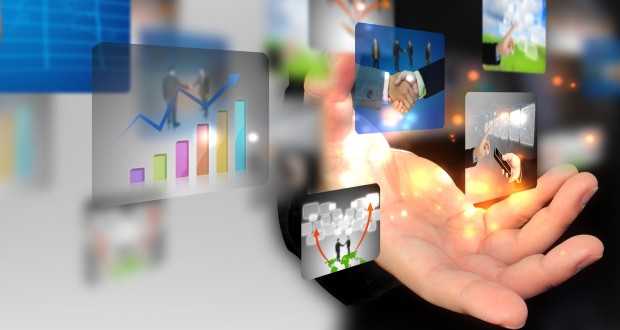 How to Get Audiences to Engage with your Brand

Audiences love to hear, watch and share stories with those who matter most to them. The Story feature on Instagram, Snapchat, Facebook and even Google encourages users to share their choices and experiences more frequently than ever.

Rather than interrupt those stories with ads, your brand can become the topic of these stories – if you advance an experience worth sharing. The thrust that drives these experiences is not the size of your staff or marketing budget – it’s something that we all have, creativity.

Here are five key strategies to consider when creating your plan to spark shareworthy stories about your brand, according to Adweek:

1. Use your staff as story drivers

But you don’t need a whole social media department to spark these stories. The Library Hotel, a boutique hotel in Midtown Manhattan, sparks conversations in the lobby and online by adding staff members’ favorite books to their name badges and celebrating shared enthusiasm for reading. This inexpensive action inspires selfies that get shared and liked across the web.

An aesthetic environment encourages people to take and share pictures. By elevating the traditional brewery visit into a more interactive, multi-sensory experience, Guinness found an engaging and picturesque way to tell its story and quickly became the most popular attraction in Ireland. Merci, a concept store in Paris, uses affordable materials to constantly innovate the interior of their store through a simple rope installation. Customers happily share this experience with friends and regularly return out of curiosity.

3. Make your product the star

It’s no surprise that an ingenious product such as Tentsile’s tree tent gets widely shared and talked about, but Bottega Louie, an Italian restaurant in downtown L.A., managed to spark stories with the simplest product. Their baguette is made of flour and water, like any other bread, but its shape elevates the humble baguette to an Instagrammable piece of art that is the first item to sell out every day.

Some may claim there’s no way they can change their product itself to make it spark conversation. Then how about its packaging? Unboxing videos are some of the most watched videos on YouTube, with some having over a billion views. Music festivals such as Tomorrowland in Belgium start the festival experience weeks before the actual event by mailing the entry bracelet in an intricate box that’s more of a keepsake than an afterthought. Tomorrowland’s unboxing videos alone get hundreds of thousands of views, not to mention the millions of views from other online videos that cover the entire experience.

Fortunately, you don’t need to be a software developer to use your online presence as a word-of-mouth marketing tool. Forbes’ compelling Quote of the Day overlays the website as the page is loading. Readers screenshot and share them across social channels with friends and colleagues.

If you’ve got resources and time to dive even deeper, you can gather and share educational content like software company HubSpot did with HubSpot Academy. Visitors share and discuss the topics they love with their peers as they learn, helping companies draw goodwill and word-of-mouth favors from customers they may never have been able to reach.

Instead of stealing valuable time by making ads obligatory, create experiences that inspire happiness, teach valuable lessons, and/or compel participants to share with loved ones. You can also charge a premium for these experiences. In other words, stop telling your audience how amazing you are – make them experience it, and they’ll spread the word.

Heineken has pulled an ad with the tagline “Sometimes lighter is better” after critics slammed it as racist.

The ad features a bartender sliding a bottle of Heineken Light to a woman. The bottle travels past several black people before arriving at the paler skinned woman.

The clip came under fire on social media. Hip-hop star Chance The Rapper called it “terribly racist” on Twitter and other users agreed with him.
Heineken responded by pulling the ad from TV and the Internet.

“While we feel the ad is referencing our Heineken Light beer, and that light beer is better than other high-calorie options – we missed the mark, are taking the feedback to heart and will use this to influence future campaigns,” said Heineken USA spokesman Bjorn Trowery.

The backlash against the ad follows high-profile missteps by other brands over the representation of minorities.

In October, Dove apologized for a Facebook post promoting its body wash that used a 3-second GIF of a black woman removing a dark brown t-shirt to reveal a white woman. It was introduced with the line “Ready for a Dove Shower?”

And in January, H&M set off a huge outcry by using a black child to model a sweatshirt with a controversial slogan. The retailer apologized and removed the item from its website.

Foot In Mic | Laura Ingraham Really Stepped in It This Time

Laura Ingraham – who mocked David Hogg, a student activist who became a voice for gun control in wake of the tragic shooting rampage at his Florida high school – conveniently announced a vacation last week.

The anchor made the declaration when she signed off her show March 30, capping a week of controversy in which she saw more than a dozen advertisers flee her show.

A Fox News spokesperson said the weeklong absence was pre-planned.

Advertisers bolted from “The Ingraham Angle” after the host sent a tweet earlier this week mocking Hogg for being rejected by four colleges.
Hogg then urged his 700,000 Twitter followers to contact Ingraham’s advertisers and just say “no” to her prime-time show.

After at least two companies had taken action, Ingraham apologized in a series of tweets.

“On reflection, in the spirit of Holy Week, I apologize for any upset or hurt my tweet caused him or any of the brave victims of Parkland,” she wrote. “For the record, I believe my show was the first to feature David immediately after that horrific shooting and even noted how ‘poised’ he was given the tragedy. As always he’s welcome to return to the show anytime for a productive discussion.”

The backtrack did little to quell backlash. Hogg told CNN that he was unimpressed with her apology and said it was likely prompted by the loss of ad dollars.

At least 18 brands — including the Rachael Ray-partnered dog food brand Nutrish, the travel site TripAdvisor, Office Depot and the streaming service Hulu — have said they will no longer advertise on Ingraham’s show, according to a tally on Mediate.

We will see where this leads, and The Spin Cycle will keep a close eye on other brands that bolt as the story plays out!