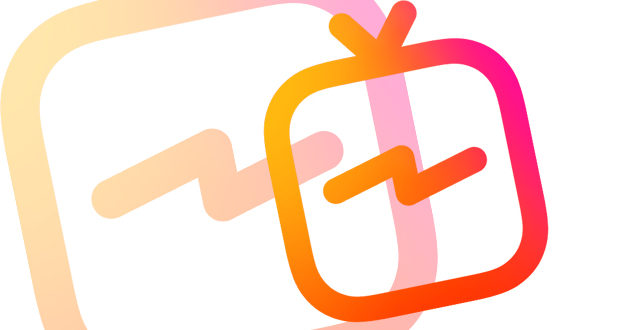 And it also rolled out a new long-form video platform that gives marketers another way to reach its vast audience called IGTV, according to ZDNet.

The new platform for content creators, which will be available as a standalone app and within Instagram, makes the social media network a more direct competitor with other digital media giants like YouTube and traditional media.

Calling IGTV its “most exciting feature to date,” Instagram explained that videos on the app are full screen and vertical, optimized for watching on a smartphone, ZDNet. Each video can be up to an hour long. Anyone can post their own videos to IGTV via the app or the web and create their own “channel.”

IGTV will be rolling out globally over the next few weeks on Android and iOS.

At the annual Cannes Lions festival, Unilever CMO Keith Weed detailed a trio of new policies on behalf of Unilever – one of the world’s largest advertisers with an annual brand and marketing investment of over $7 billion.

First, the firm will not work with any influencers who buy followers; second, none of Unilever’s own brands will buy followers; and finally, Unilever will prioritize partners who “eradicate fraud and support increased visibility and transparency”.

At the festival, Weed joined with the likes of Instagram, Richard Edelman and the World Federation of Advertisers to urge the industry to bring increased trust, transparency and integrity to influencer marketing.

The commitment comes a few months after Unilever pledged not to work with tech platforms that ‘incite hate, spread division or fail to protect children’ – highlighting the need to work with responsible platforms that create a positive impact on society.

“In February, I said we needed to rebuild trust back into our digital ecosystems and wider society,” Weed said at the festival. “One of the ways we can do that is to increase integrity and transparency in the influencer space. We need to address this through responsible content, responsible platforms and responsible infrastructure.

“At Unilever, we believe influencers are an important way to reach consumers and grow our brands,” Weed said. “Their power comes from a deep, authentic and direct connection with people, but certain practices like buying followers can easily undermine these relationships.

“We are announcing clear commitments to support and maintain the authenticity and trust of influencer marketing.

“The key to improving the situation is three-fold: cleaning up the influencer ecosystem by removing misleading engagement; making brands and influencers more aware of the use of dishonest practices; and improving transparency from social platforms to help brands measure impact.

“Fake” influencers, or those that inflate their following and engagement rates for commercial gain, are a problem that the PR industry – including the PRCA – has been taking much more notice of in the past 12 months or so.

This recovering journalist will forever remember Charles Krauthammer, one of the most influential journalists of our time, who lost an epic battle with aggressive cancer, as one of the greatest.

The longtime Fox News contributor, Washington Post writer, Pulitzer Prize winner, Harvard-trained psychiatrist and best-selling author who came to be known as the dean of conservative commentators was 68.

His death had been expected following a devastating letter to colleagues, friends and viewers on June 8 that said, “I have been uncharacteristically silent these past ten months. I had thought that silence would soon be coming to an end, but I’m afraid I must tell you now that fate has decided on a different course for me…

“Recent tests have revealed that the cancer has returned. There was no sign of it as recently as a month ago, which means it is aggressive and spreading rapidly. My doctors tell me their best estimate is that I have only a few weeks left to live. This is the final verdict. My fight is over.” The letter continued, “I leave this life with no regrets. It was a wonderful life — full and complete with the great loves and great endeavors that make it worth living.”

Krauthammer was perhaps best known for his nightly appearance as a panelist on Fox News’ “Special Report with Bret Baier” and as a commentator on various Fox news shows, political specials and election coverage.

Following the news of the death of his “good friend,” Baier took to Twitter, “I am sure you will be owning the panel discussion in heaven as well. And we’ll make sure your wise words and thoughts – your legacy – will live on here.”

He won the Edwin Dunlop Prize for excellence in psychiatric research and clinical medicine. Journalism honors included the Pulitzer Prize for Commentary for his Washington Post columns in 1987 and the National Magazine Award for his work at The New Republic in 1984. His book, “Things That Matter: Three Decades of Passions, Pastimes and Politics,” instantly became a New York Times bestseller, remaining in the number one slot for 10 weeks, and on the coveted list for nearly 40.

Krauthammer delivered his views in a mild, steady, philosophical style that won the audience just about every time!

Calling on his background, Krauthammer said after the fall of the Berlin Wall, that the post-Cold War world had gone from bipolar to “unipolar,” with the United States as the sole superpower. He also coined the term “The Reagan Doctrine,” according to news reports.

He always stood up to those in power and political pundits on both sides of the aisle.

Krauthammer spent most of his life confined to a wheelchair, the result of a decision to go for a quick swim at age 22 as a student at Harvard, where hit the bottom of the pool with his head, severing his spinal cord.

He soon realized his heart was not in health care, and after going to Washington D.C. and making some connections, he ended up as a speechwriter for Democrat Walter Mondale. The rest is history, and he became a fixture in the Fourth Branch, and a media luminary!

Krauthammer was also passionate about baseball, and was a fixture at Washington Nationals games, his beloved MLB team.

Somewhere beyond the Pearly Gates, there’s a new newsman in town, and he’s keeping the angels flying with the stories of the day.