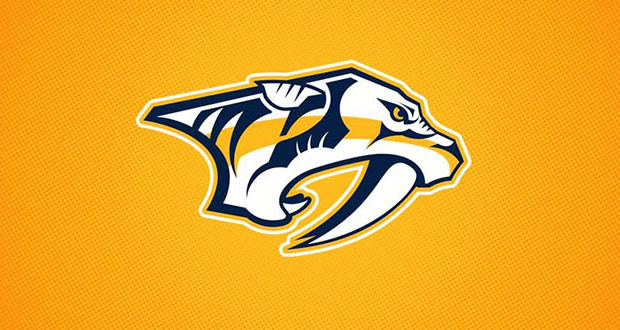 It’s a known fact that TV news audiences are shrinking – and there’s plenty of research to support it.

The percentage of Americans that gets news from TV is decreasing, Pew shows, and those who do get news there are the over 40 crowd. The millennials and younger generations find it even less relevant.

But don’t underestimate local TV news, suggests a far-reaching study from the Knight Foundation – especially as a source of online news outside the largest markets.

“When I say ‘television,’ people just think of a television program,” Karen Rundlet, Knight’s director of journalism, told NiemanLab. “They don’t think: this station has a website and that website is the community’s No. 1 leading source of information, more than newspapers or radio.”
In many smaller markets, however, that is the case. Knight’s report points out that local TV may not be shrinking so much as spreading out.
Here are some highlights from Knight’s four-part report, “Local TV news and the new media landscape,” which was written by the University of Mississippi’s Debora Wenger and Hofstra’s Bob Papper.

»A brief overall state of affairs: There are currently 703 local TV newsrooms across the U.S., producing local news for 1,072 stations. Consolidation (see: Sinclair) is increasing, leading to cost savings. Retransmission fees (“the money cable, satellite, and telecommunications carriers pay to broadcasters to include those local channels on the cable or satellite systems”) have gone from close to zero 10 years ago to 24 percent of station revenue today, and that’s expected to rise by at least 50 percent over the next five years. Add in advertising revenue from a “seemingly endless political cycle” and its clear local TV is doing well.

» The drops in audience aren’t as big as you’d think. From the report:

It’s never been clear whether the aggregate local TV news audience has shrunk versus simply spread out as on-air news choices have expanded. While the audience for any given program (or specific time slot) has generally fallen, there’s also 90 percent more local news being broadcast today than 20 years ago. And viewers can find that local news on 39 percent more stations than 20 years ago.

Definitively answering the question requires a complete examination of ALL local TV news over time in a reasonably wide sampling of markets. No one has done that — or even attempted it as far as we can determine. We were not able to do that either, but we were able to look at two markets — one on the East Coast and one on West — both in the middle range of the U.S. population (markets 20 to 30). We looked specifically at audience size for local news at all stations in all time periods over the last dozen years — from 2004 to 2016.

The point is the drop in audience was real, but the data suggests that it may not be nearly as extensive a drop as has been widely reported.

“If you believe the misconception that local [TV] news has fallen out of favor, think again. In actuality, news viewing increased from 2015 to 2016 and has shown continued growth in early 2017,” according to a recently-released 2017 Local Watch Report from Nielsen.

»When you hear “local TV,” you should actually think “online news”. ”Television stations’ websites are the dominant local news source in many smaller markets, Knight found:

WHNS, the Fox affiliate in Greenville, S.C., posts to Facebook several times an hour, “so depending on the day and how much news there is, that means about 60 to 100 posts per day.” Meanwhile, Chicago’s WLNS, which is owned by ABC, said as much as 84 percent of its website traffic comes from Facebook. “We use Facebook to engage people with our brand and then drive them back to TV.”

»Social media actually appear to increase viewership. TV stations – like other news organizations – have worried that posting too much to social media will cannibalize viewership, but there is at least some evidence to suggest that that isn’t the case:

In 2015, researchers for the market research and strategy company SmithGeiger analyzed social media and ratings data and found a “very strong relationship between social engagement and positive audience behaviors for broadcasters.”

This report shines a bright camera light on the fact that solid local TV news is still an audience influencer – and should be part of all PR and media relations strategy.

The Nashville Predators took another giant prehistoric cat leap this year on the way to the NHL Stanley Cup playoffs.

They capped an impressive regular season run, clinching first place in the Central Division and the top seed in the Western Conference – and took the Presidents’ Trophy for most points in the league.

It was the franchises first ever Presidents’ Trophy and first conference crown, and it secured home ice advantage throughout the playoffs for the Preds. They are currently battling the Colorado Avalanch in the first round.

The President’s Trophy is awarded annually to the club with the best overall record.

A year after making a surprising run to the cup final as the eighth seed in the West, the Predators spent this regular season building to give themselves the best opportunity to make another playoff run. More games in Music City is one way they hope to do that after going 9-2 at home in the playoffs in 2017.

Last year, Nashville earned 94 regular-season points and entered the postseason as an eight seed before going to the Stanley Cup final, where they lost to the Penguins in six games. This year, the reigning Western Conference champs built off that Cinderella run by picking up more than 115 points in the process.

Break out the Fang Fingers, y’all! The Predators are on the prowl. And they won’t stop till they hoist the Stanley Cup!