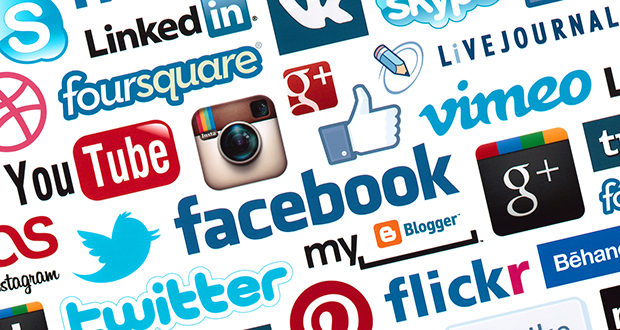 The Spin Cycle spent time during the holidays reflecting on all the brand happenings in 2018, and what’s in store for 2019. I stumbled upon great insight and pearls from PR Week, and what is resonating with today’s plugged-in reader. Here is a short take on the magazine’s most read content of 2018 – and Denny’s fake press release last summer took the cake!

In the early days of June, reporters at nearly a dozen media outlets were perplexed after they opened what appeared to be the working draft of a press release from Denny’s sent out by mistake. The “mistake” release, promoting the chain’s $5.99 Super Slam, was scrumptious for Denny’s, helping it break through to the press about the “crazy” deal value.

Gotta love democracy in action! PRWeek readers on two landmark campaigns: Go Red for Women from the American Heart Association, Cone, and Edelman; and Always #LikeAGirl from Procter & Gamble and MSLGroup. #LikeAGirl won by a slim margin as voting closed.

How an NFL star’s lifelong love of Airheads led to a sweet playoff payoff for the candy – Jan. 10

Candy is truly sweet, but New Orleans Saints running back Alvin Kamara added an extra dash of sugar with Airheads – like he’s crazy over them – so much that he chews them on the sidelines after touchdowns. Airheads took a hands-off approach to working with the star RB, and it will get another chance as the Saints make another Super Bowl push.

And just like that, the legendary agency name of Burson-Marsteller was no more, as WPP combined the two agencies into Burson Cohn & Wolfe with Donna Imperato in the lead role boasting more than 4,000 staffers in 42 countries.

Another colonel from KFC … a bit over fried, right? Readers didn’t think so, clicking in waves for the finger lickin’ good video exchange with Hollywood legend George Hamilton, aka the brand’s “extra crispy” colonel. The screen legend also passed on tanning tips. Can I have some chicken with my Coppertone?

In a short documentary posted in conjunction with Black History Month, PRWeek asked black PR professionals what it’s like being a person of color in the business. As with entertainment, technology, and many other industries, the communications space has a diversity problem, with too few people of color and far too few diverse individuals in executive positions.

The firm made a deal with the Labor Department to pay more than $4,000 to each woman for pay discrepancies from 2012 to 2013. Overall, the agency sent checks to 66 current and former. The Labor Department audit was “neutrally scheduled” and not prompted by a complaint.

Over the holidays, Netflix’s popular movie “Birdbox” captured audiences, sparked debates and kicked off an avalanche of engagement with its 45 million viewers.

The film – starring actress Sandra Bullock – has fueled one of the latest dangerous internet “challenges,” and Netflix is urging fans of the movie not to participate.

In today’s media-driven world, people have struck a frenzy, uploading and sharing videos of themselves wandering around blindfolded doing the #BirdboxChallenge, which is inspired by scenes depicted in the movie.

In the movie, Bullock (Melanie) and two children (Boy and Girl) navigate a post-apocalyptic world while blindfolded to avoid seeing a dangerous being. In “Bird Box,” seeing the brutal barbarian has deadly consequences.

In hopes of going viral, people attempted to copy the movie by wearing blindfolds, staggering through their homes and fumbling around outdoors, a recipe for disaster.

In one take, a blindfolded family of three is seen running around indoors for eight seconds before a toddler smashes into a wall. In another video, a motorist covers his eyes with a beanie hat while driving on a highway.

Netflix issued a wake-up call on Twitter, writing: “Can’t believe I have to say this, but: PLEASE DO NOT HURT YOURSELVES WITH THIS BIRD BOX CHALLENGE. We don’t know how this started, and we appreciate the love, but Boy and Girl have just one wish for 2019 and it is that you not end up in the hospital due to memes.”

Let’s face it; nobody on the planet saw this train coming!

Tigers 44, Tide 16. The College Football Playoff National Championship was a mauling from the opening whistle to the closing clock. And when it was all over, and the football fog parted, it was an unmistakable orange crush. The tenacious Tigers trounced the hapless – and surprisingly mistake prone – Crimson Tide. In the end, Bama was about as effective as a handcuffed pachyderm!

The deer in the headlights domination on football’s biggest stage was a sight to behold. The Tigers asserted themselves as the best team in the country with a convincing victory. It certainly wasn’t surprising that Clemson won – these two powerhouses have gone head-to-head for four straight seasons in the College Football Playoff. The bewildering part was how out of sync Alabama looked. A Clemson tsunami pounded an ebbing Tide. Simply put, it was a train wreck of epic proportions.

Alabama fumbled and threw interceptions – and seemed like they had no fire, no passion, no preparation. The Tigers, meanwhile, were fireballs of fury! Two costly turnovers led to Clemson touchdowns, a botched fake field goal attempt, undisciplined penalties and an inability to stop Clemson on third down was a recipe for disaster.

The two champs have now won 11 of the past 12 CFP games and each of the past four national titles. Just how close these programs have been in that span, though, is a shrinking space between Dabo Swinney’s Clemson program and a Nick Saban dynasty that has been the barometer for every other team in the land.

The Tigers made history with the victory; it’s been 121 years since a major college football team won 15 games. The 1897 Penn squad also finished a perfect 15-0. Clemson achieved that Monday night with a performance for the ages – that will go down as one of the biggest national championship whuppins of all time!

True freshman quarterback Trevor Lawrence stole the spotlight from Alabama’s Tua Tagovailoa with a night filled with deadly accuracy. That strength led to a 31-16 Tigers halftime lead, and there were no answers, no looking back. Lawrence’s ability to make spectacular plays on the most pressure-filled stage fueled sustained drives, exposing one of the few weaknesses in Alabama’s defense this season. Lawrence threw for 347 yards and three touchdowns, and Tagovailoa was replaced by Jalen Hurts in the fourth quarter.

And the championship couldn’t have gone to a greater, more humble, more humorous coach! Swinney stood toe-to-toe with the football dragon – and slayed the dominant beast!

And in the aftermath, he became the preacher of the gridiron. “Only God can do this, and that’s a fact,” Swinney said in a postgame interview. “People think I’m crazy or quacky or whatever, but only God can orchestrate this.”