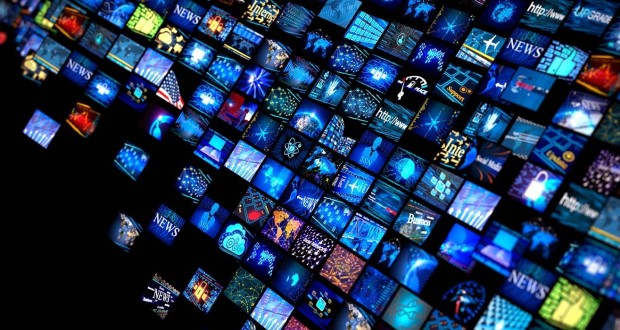 In the midst of a fast-paced, multi-tasking digital world of 24/7 news cycles – and a constantly swirling sea of information on demand – it’s no surprise that a large majority across the nation are feeling overwhelmed by news.

That’s according to a Pew Research Center survey conducted from Feb. 22 to March 4, and the sentiment is more common with a right-leaning audience.

Almost seven in 10 Americans (68 percent) feel worn out by the amount of news there is these days. The portion expressing feelings of information overload is in line with how Americans felt during the 2016 presidential election, when a majority expressed feelings of exhaustion from election coverage.

Those less favorable toward the news media are also the most “worn out.” Eight-in-10 of those who think national news organizations do “not too” or “not at all well” in informing the public are feeling this exhaustion. This is somewhat higher than among those who say the news media do “fairly well” (69 percent), and much higher than for those who think news organizations do “very well” – of whom 48 percent say they are worn out by the news and 51 percent say they like the amount they see. This relationship between attitudes toward the news media and fatigue holds even after accounting for Americans’ political party affiliation.

Overall, 17 percent of Americans say national news organizations are doing very well at keeping the public informed of the most important national stories of the day, while 24 percent say they do not or not at all well; the largest portion, 58 percent, say the news media do fairly well.

Some demographic groups – most notably white Americans – are more likely than others to feel exhausted by the news. Nearly three-quarters (73 percent) of white Americans express fatigue with the amount of news, much higher than among both Hispanic (55 percent) and black Americans (55 percent). Women are also somewhat more likely than men to feel worn out (71 percent vs. 64 percent, respectively). Those ages 65 and older are slightly less likely than those who are younger to express a sense of exhaustion with the news.

Smile Big: More than 150 emojis have entered our lives

Now you can express yourself – and your face – in more than 150 new ways as the latest batch of emojis, sporting new hair, moods, animals and more flood cyberspace.

In total, there will be 157 new emojis. Now you can have red or grey hair represented by these little images, and no longer will you only have the option of sending a straight-haired emoji. That’s right, folks – curly hair is finally here, as are emojis with no hair at all.

There are also cold and hot faces to express your displeasure at the weather or the road rager who just cut you off, as well as superheroes and villains depending on how you’re feeling on any given day. There’s also a new leg, foot, and party face.

It’s not just humans that are newly represented in emoji Version 11.0. There are also 10 new animals, like a peacock, a hippopotamus, and just in time for summer, a mosquito. As for non-living objects, there is a bar of soap, a lab coat, and a particularly science-forward strand of DNA. If you’re looking for something a bit less academic, you might also find a skateboard, chess pawn, and a pirate flag.

And of course, no emoji update would be complete without a few new food items. In the latest version, we can bite into a cupcake or a mango.

Before you get too excited about sending these emojis to your friends and family, keep in mind that companies will have to add the new version support, so expect Apple and Google to update their operating systems, and social platforms like Twitter to provide support, too!

Call it the ultimate brand flip-flop! IHOP, the pancake icon, recently changed its name to IHOb, but didn’t immediately let the world in on the secret until this week.

It will now offer burgers to go with its flapjacks. Don’t get The Spin Cycle started on companies that suffer from an identity crisis. This move might just take the (hot) cake! First, the Twittersphere unloaded on the brand, then came the big bad burger brands to batter (hah) the new competition! Wendy’s has already hammered IHOP (I just cant bring myself to say “IHOb) flatter than – wait for it – a pancake. And the other burger joints are sure to pile on!

Nevertheless, the restaurant formerly known as IHOP pulled the curtain back earlier this week by debuting its new Ultimate Steakburgers.

Brad Haley, the chief marketing officer for “IHOb,” added that changing the restaurant’s name was the “best way to convince [customers] that we are as serious about our new line of Ultimate Steakburgers as we are about our pancakes,” per a news release. “We’ve pancaked pancakes for 60 years now so it’s the perfect time to start burgerin’ burgers, and we’re kicking it off by flipping the ‘p’ in IHOP to a ‘b’ for burgers.”

IHOP’s new menu will include seven new varieties of steakburgers — to be available all day, everyday — including:

» Classic, with lettuce, tomato, onion and American cheese, as well as the brand’s new “Steakburger sauce,”
» Classic with Bacon, with all of the above plus hickory-smoked bacon,
» Big Brunch, with bacon, a fried egg, a potato pancake and cheese,
» Cowboy BBQ, with bacon, onion rings and BBQ sauce
» Jalapeno Kick, with jalapeno mayonnaise, bacon, Pepper-Jack cheese and sautéed jalapeno peppers, Serrano chilies and onions,
» Mushroom and Swiss, with sautéed mushrooms, sautéed onions, Swiss cheese and mayo,
» And the Mega Monster, with two steakburger patties, two slices of cheese (American and white cheddar) and pickles.

I’d rather have blueberry pancakes and maple syrup when I hop in!

As for the restaurant’s name change, IHOP said its new moniker will be in effect for “the time being.” A representative for the brand also confirmed that only its flagship location, in Los Angeles will be rebranded as an “IHOb” in honor of the launch. All other restaurants will feature IHOb-themed elements within, but retain their original signage, for at least the length of the “summer campaign.”