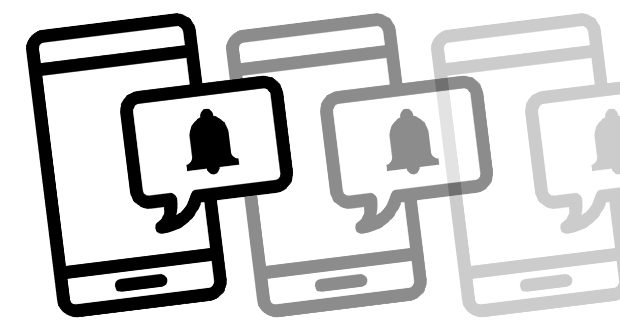 An analysis of some 30 publisher’s mobile notifications shows that the nature of news alerts has stayed the same but newsroom managers are thinking differently about how to use them.

In a follow-up study to a 2017 analysis, Columbia Journalism Review’s Pete Brown collected 1,510 mobile push alerts from 30 news apps over two weeks in the summer of 2018, mirroring the previous study. And more than 280 alerts alone came from President Trump’s family separation policy and border chaos in 2018, so Brown looked at those again in a case study.

“This case study further confirms the ongoing shift away from using push purely for breaking news, a movement we had already observed last year. Notifications categorized as ‘analysis,’ ‘general,’ and ‘first-hand accounts’ comprised over a quarter of all alerts during the family separation controversy,” Brown wrote in his analysis.

The weekly average for push alerts overall increased 16 percent from last year to 26 per app. Overall, The Wall Street Journal had the most apps in the test period due to new alert category options beyond breaking news, followed by CNN, The New York Times, and the Washington Post Classic app, with Mic, the Star-Tribune, and the BBC sending the fewest.

In a volatile year of news, some news app users saw seven alerts just about the family separation policy in one day with CNN, Brown recorded. Publishers also shifted the experience so the alerts are filled with more text, more compelling content, more insight and analysis rather than the constant stream of breaking news.

Perhaps 2017’s research or busting of the news cycle influenced content managers to reconsider how they are packaging mobile news.

Brown’s interviewees described a “growing consensus that push should not be viewed solely as a platform for breaking news, but also as a means for promoting the newsroom’s strongest journalism and building brand loyalty around exclusive stories, resulting in a broader range of content being surfaced via the platform.”

Digiday reported that MoneyStream faced layoffs in CNNMoney’s transition to CNN Business basically an automatic feed. But Mic, before its November downswing slipped from 33 alerts sent on average per week to just two. The team had experimented with alerts presenting news in full so readers didn’t have to navigate scrolls and links.

Instagram is on track to dominate the digital ad space despite its social media parent’s public challenges about privacy concerns.

The photo-sharing platform’s share of digital video budgets from ad buyers will double from 2018 to 2020, according to a recent survey by Cowen.

Instagram has vaulted to the forefront as the it place to launch new brand campaigns aiming for the all-important demographic of 13 to 34-year-olds, according to 61 percent of survey respondents to the study representing about $14 billion in ad spend.

The relatively new Stories Instagram feature is also helping position the app as a campaign darling.

Instagram Stories appear “poised for greater adoption” as more ad buyers allocated some portion of their spend to the feature in 2018 than the year prior, Cowen’s John Blackledge told Bloomberg News. Instagram even beat out TV in this younger target group, a medium only 3 percent of respondents said was a primary platform.

The picture is different for people 35 and up. The survey indicated Facebook’s core platform remains essential for brand agencies targeting that group, besting both YouTube and Instagram but lagged traditional television.

As a result, Cowen sees these trends as growth drivers for Facebook to expand its video content over the next few years.

The “Fiji Water Girl” stole the show at the recent Golden Globes!

It wasn’t a famous actor, producer, screenwriter or director who shone the brightest, but model Kelleth Cuthbert, who won the people’s hearts. Posing daringly close to many of Hollywood’s biggest stars, Cuthbert artfully photo bombed dozens of red carpet darlings, always with a mocking look on her face.

Before long, Fiji Water Girl had her own parody Twitter account and charmed fans across the internet. And Fiji, the official bottled water partner of the Golden Globes, loved all the attention, too!

Fiji jokingly told Fortune that Cuthbert had earned “the award for best supporting actress in (literally) every picture.”

Other observers saw Fiji Water Girl’s sudden popularity as a gimmick. CNN called it the “most obvious PR stunt” of the Golden Globes.

Somehow, Cuthbert managed to steal the camera from Nicole Kidman, Jim Carrey, Tony Shalhoub, and Idris Elba, among others.