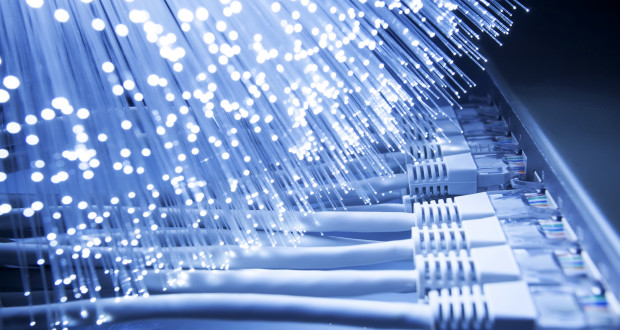 Americans tend to view the impact of the internet and other digital technologies on their own lives in largely positive ways, Pew Research Center surveys have shown through the years.

A survey of U.S. adults conducted in January 2018 finds continuing evidence of this trend, with the vast majority of internet users (88 percent) saying the internet has, on balance, been a mostly good thing for them personally.

But even as they view the internet’s personal impact in a positive light, Americans have grown somewhat more ambivalent about the impact of digital connectivity on society as a whole. A sizable majority of online adults (70 percent) continue to believe the internet has been a good thing for society. Yet the share of online adults saying this has declined by a modest but still significant 6 percentage points since early 2014, when the Center first asked the question. This is balanced by a corresponding increase (from 8 percent to 14 percent) in the share of online adults who say the internet’s societal impact is a mix of good and bad. Meanwhile, the share saying the internet has been a mostly bad thing for society is largely unchanged over that time: 15 percent said this in 2014, and 14 percent say so today.

This shift in opinion regarding the ultimate social impact of the internet is particularly stark among older Americans, despite the fact that older adults have been especially rapid adopters of consumer technologies such as social media and smartphones in recent years. Today 64 percent of online adults ages 65 and older say the internet has been a mostly good thing for society. That represents a 14-point decline from the 78 percent who said this in 2014. The attitudes of younger adults have remained more consistent over that time: 74 percent of internet users ages 18 to 29 say the internet has been mostly good for society, comparable to the 79 percent who said so in 2014.

These attitudinal changes are occurring in a broader landscape in which the access options available to ordinary Americans are shifting dramatically. Most notably, fully one-in-five Americans (20 percent) are now “smartphone only” internet users at home – that is, they own a smartphone but do not subscribe to traditional broadband service where they live. This represents a 7-point increase compared with data from 2015, when 13 percent of Americans were smartphone-only users. Roughly two-thirds of Americans (65 percent) say they subscribe to traditional broadband service at home, similar to the 67 percent who said this in July 2015.

As has consistently been true in past surveys conducted by the center, those who rely on their smartphones for home internet service are disproportionately less likely to have attended college compared with those with traditional broadband service. nearly double the rate among those earning less than $30,000 per year (45 percent of whom have broadband service at home).

Facebook has consistently been most popular with younger adults aged 18 to 29, but the percentage of this group who use it — currently 72 percent – has not changed significantly since Gallup last measured it in 2011. Meanwhile, each older age group has shown significant growth in Facebook use since that time.

The greatest increase from 2011 to 2018 has been among adults aged 50 to 64. This group’s rate of use has grown from about a third in 2011 to more than half today. Retirement-age adults have nearly doubled their rate of use.

Use of the social media platform has increased less among adults aged 30 to 49, by nine percentage points, to the current 65 percent.
Young adults are still the age group most likely to be on Facebook, but the gaps have narrowed considerably since 2011, with 30- to 49-year-olds reporting nearly as much use as those under age 30.

This data is from an April 2-8 Gallup poll, which found that Facebook users’ concerns about invasion of their privacy had increased among all age groups since 2011, and was near the top of a list of user concerns.

CEO Mark Zuckerberg was recently questioned about Facebook’s perceived anti-conservative bias at a congressional hearing, and Zuckerberg responded that the company operated under no political biases. Despite some conservative claims about the site’s politically motivated censorship, there have been no meaningful differences between Republicans’ and Democrats’ use of Facebook in 2011 and 2018.

Women (61 percent) are more likely than men (51 percent) to report having a Facebook page; Gallup found a similar difference in 2011.

That thud you heard was the Golden Mic falling off its pedestal. There have been a lot of politically correct moves by companies and brands to meet the needs of our changing society over the years.

But really, the Boy Scouts dropping the “Boy” from its name? That’s kind of like a ship without a rudder. A big, Titanic-sized ship. Headed towards the Bermuda Triangle. Or perhaps a spineless skeleton!

As an Eagle Scout and now dad of an Eagle Scout, the Boy Scouts of America has always had a special place in my heart, and in my soul – and it always will. It’s one of the proudest institutions in our land, building leaders who have made the world better!

For 108 years, the BSA’s flagship program has been known simply as the Boy Scouts. With girls soon entering the ranks, the group says that iconic name must change.

So now we have Scouts BSA. The change will take effect next February.

Chief Scout Executive Mike Surbaugh said many possibilities were considered during lengthy deliberations before the new name was chosen.

“We wanted to land on something that evokes the past but also conveys the inclusive nature of the program going forward,” he said. “We’re trying to find the right way to say we’re here for both young men and young women.”

The parent organization will remain the Boy Scouts of America, and the Cub Scouts – its program serving children from kindergarten through fifth grade – will keep its title, as well.

But the Boy Scouts – the program for 11- to 17-year-olds – will now be Scouts BSA. The organization already has started admitting girls into the Cub Scouts, and Scouts BSA begins accepting girls next year.

From a branding perspective, the new name certainly doesn’t advance an easily perceived message. When we help companies rebrand, we strive for a clear voice, a strong identity, a brand promise that resonates with your target audiences.

The program for the older boys and girls will largely be divided along gender-lines, with single-sex units pursuing the same types of activities, earning the same array of merit badges and potentially having the same pathway to the coveted Eagle Scout award.

Surbaugh said that having separate units for boys and girls should alleviate concerns that girls joining the BSA for the first time might be at a disadvantage in seeking leadership opportunities.

So far, more than 3,000 girls have joined roughly 170 Cub Scout packs participating in the first phase of the new policy, and the pace will intensify this summer under a nationwide multimedia recruitment campaign titled “Scout Me In.”

On social media, there was widespread criticism of the name change, generally suggesting it’s a misguided display of political correctness that undercuts the Boy Scouts’ legacy. But many other people dismissed such criticism as an overreaction. There is no doubt that both camps have merit.

So now we have Scouts BSA, but no more Boy Scouts? What on earth is BSA? As one of the biggest believers in the scouting institution – and as a champion of strong brands – this is a real challenging hike. Maybe what they really need is a branding merit badge, or perhaps a new compass all together!