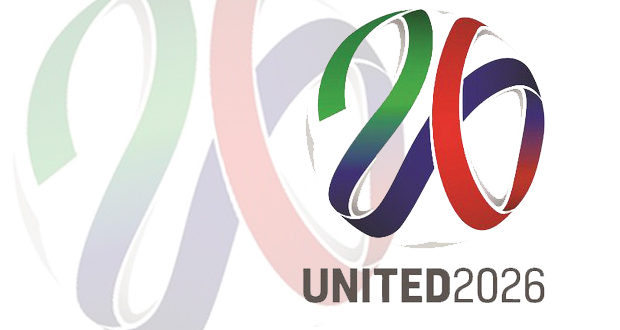 The State of Digital News with Consumers

We live in a digital news world folks. Which is no surprise!

A recent study by the Pew Research Center on the state of the news media reveals that more than nine-in-10 adults (93 percent) in the U.S. get at least some news via online, mobile or desktop. And, the online space has become a host for the digital homes of both legacy news outlets and new, “born on the web” news outlets.

Digital advertising revenue across all digital entities (beyond just news) continues to grow, with technology companies playing a large role in the flow of both news and revenue, according to the survey.

The digital-native news outlets included in this analysis are those whose primary domain – the outlet’s flagship website – averaged at least 10 million unique visitors per month from October-December of each year analyzed, according to comScore, a cross-platform audience measurement company. There were 35 such outlets in 2017.

The average fourth quarter, monthly unique visitors for the primary domains of these outlets decreased 5 percent in 2017 to 22 million, compared with 23 million in 2016, according to comScore data. The average minutes per visit was 2.4 minutes, on par with 2016.

Outlets have several options for reaching their consumers, including apps, newsletters, podcasts and aggregation platforms like Apple News. The use of those different tools varies across digital-native news outlets. In a Pew Research Center audit of 35 outlets conducted in early 2018, a majority of these highest-traffic digital-native news outlets (57 percent) have apps for at least one of the two main mobile platforms (iOS and Android). However, compared with 2017 there has been some movement away from offering apps on both platforms: 31 percent of digital-native news outlets offer both in 2018, down from 42 percent in 2017. Instead, more outlets in 2018 (23 percent) have just an iOS app than in 2017 (17 percent), while just one outlet (3 percent) offers only an Android app.

Digital-native news outlets are also adopting other outreach and engagement methods. About eight-in-ten (83 percent) of these outlets offer newsletters, and 86 percent have an official presence on Apple News. A large majority (71 percent) release podcasts, and 63 percent allow comments on their articles.

These outlets are also highly likely to use social media as part of their outreach. Similar to 2017, nearly all have official pages or accounts on Facebook (100 percent), Twitter (100 percent), YouTube (94 percent) and Instagram (89 percent). However, only about one-in-ten (14 percent) have an official channel or account on Snapchat, down about 10 percentage points from 2017.

In 2017, according to eMarketer estimates, digital advertising grew to $90 billion, an increase from $72 billion in 2016. It was estimated to comprise 44 percent of all advertising revenue, up from 37 percent in 2016.

Roughly 13,000 employees worked as reporters, editors, photographers or videographers in the newsrooms of digital-native outlets in 2017, according to data from the Bureau of Labor Statistics’ Occupational Employment Statistics. (Digital-native newsroom employment and wage data are based on the “other information services” industry code, whose largest component is “Internet publishing and broadcasting and web search portals.” For details see the methodology.) The median wage for reporters and editors was roughly $60,000 per year in 2017. (Data were not available in 2017 for photographers or videographers.)

As you have probably heard, North America was awarded the coveted World Cup for 2026, soccer’s biggest championship, and it will focus the world on the U.S., Canada and Mexico.

After an intense year of lobbying, FIFA soccer federation leaders from the United States, Mexico and Canada made one final, furious push, visiting more than 50 countries and lobbying more than 150 federations in the last five weeks.

That dedicated effort scored with the soccer federation and the governing body chose the so-called united bid to host the 2026 World Cup.

The North American bid was chosen over Morocco with the backing of 134 of the 199 countries that voted, winning support from members of all six FIFA confederations. Even teams from Africa, which had promised to vote in a bloc for Morocco, supported the united bid, turning what was expected to be a tight race into a rout.

The 2026 World Cup will be the largest in history, expanding to 48 teams and 80 games — 60 of which will be played in the U.S. Canada and Mexico will get 10 each. It will also be the first World Cup hosted by three countries.

In its presentation to FIFA, the united bid committee listed three possible venues for the title game: MetLife Stadium in East Rutherford, N.J.; AT&T Stadium in Arlington, Texas; and Los Angeles. The Rose Bowl was the site of the title game in 1994, the only time a World Cup was played in the U.S.

It was held in Mexico in 1970 and 1986, and Canada has never hosted. It is yet to be determined if all three nations will be granted automatic bids into the field, as is customary for the host nation.

The bid lapped its only challenger, Morocco, by a vote of 134 to 65, after which members of the winning delegation leapt out of their seats to embrace one another, pump their fists and celebrate.

The bid promises to deliver FIFA $11 billion in income – a championship penalty kick that could mean tens of millions of dollars in development funds for each national association.