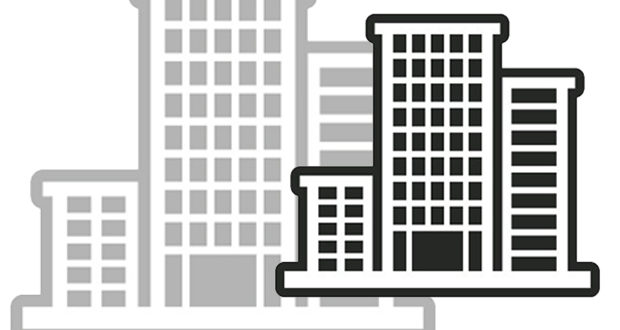 Trust in Institutions Rose in 2018 According to New Survey

Trust in institutions, such as businesses, NGOs, and government, rose in the U.S. and globally, according to Edelman’s 2019 Trust Barometer.

The public’s overall trust in the U.S. increased six points year-over-year to 49 percent on Edelman’s Trust Index, teetering on a neutral rating (50 percent to 59 percent). Trust for the informed public jumped 15 points to 60 percent, putting it on the lower end of Trust on the index (60 percent to 100 percent).

Bersoff cited the stock market’s drop and the government shutdown as examples, which would have probably diminished trust in the U.S. In the U.K., Prime Minister Theresa May’s failed Brexit plan would have had a similar impact.

“It is quite likely that if we fielded the survey now, the numbers would be lower in certain markets,” Bersoff said.

The “trust-depressing volatility and uncertainty” in Edelman’s 2018 Trust Barometer was new or recently exacerbated, he explained.

“In response, some people may have assumed a worst-case scenario,” Bersoff told PRWeek. “Fast forward a year and while things have not gotten better in many cases, the sky has not fallen and the other shoe has yet to drop. We may be seeing a sense of moderate relief uptick.”

He added that any trust gains seen in the 2019 Edelman Trust Barometer do “nothing to ameliorate the fact that belief in the system is languishing at 20 percent.”

The Trust Barometer was conducted via online survey, with 1,150 respondents from each of the 27 markets it examined. This year’s survey wanted to focus on the employer-employee relationship, so 55 percent of the survey’s global general population sample are full or part-time employees and from each market, 500 multinational employees participated.

Employers led all institutions because “trust is local,” said Edelman’s global chair of reputation Stephen Kehoe. People trust an institution if it’s familiar to them and if they have leverage — qualities a solid employee-employer relationship has.

Employer-employee trust pays dividends across a number of variables. Respondents that trust their employer are more likely to advocate on their behalf (78 percent), show loyalty (74 percent), be engaged (71 percent), and be committed (83 percent).

“When you’re in a situation where you’re worried, or you’ve lost faith in the system or you have a desire for change but have no way to make it come about, that employer-employee relationship is the island in the storm,” Bersoff said. “That is the one relationship that’s trusting and personal and local where they think they can have an effect and it’s a relationship with an entity where they can get something done.”

Meeting employees’ expectations is imperative. Those include employees’ work having a social impact, opportunities at work, and personal empowerment.

Employees are already taking the matter into their own hands, the study noted. For examples, it cited the Google walkout, in which 20,000 employees participated as a protest against several policies around how the company handles sexual assault.

Edelman’s own report said 67 percent of employees expect their employer to actively join them in advocating on social issues; and 76 percent want CEOs to lead on change instead of being forced to by the government.

For the second time ever, the trust gap between the informed public and general public reached 16 points. By region, the U.K. experienced the steepest discrepancy with a 24-point difference. The U.S. had a 13-point difference.

Far more people are consuming and engaging with news content. Forty percent said they consume news at least once a week, and share or post content several times a month or more. Only 26 percent could say the same thing last year.

It was a challenging year for both Facebook and the local news industry – albeit on vastly different levels.

In early 2018, shifted its News Feed algorithm towards more “meaningful interactions” and less Page/news content, according to NiemanLab. That evolved to include focuses on trusted news, local news, and informative news. Some viral-focused publishers folded from the loss of traffic.

This year, the platform is pivoting to further support local news — off-platform. Facebook recently announcing it will spend $300 million through the next three years on news partnerships and programming. (That’s the same amount the Google News Initiative has earmarked for the same period.) So far, Facebook allotted $20 million to expanding its local news membership and subscription accelerators piloted last year and $16 million distributed among various journalism support nonprofits and organizations including:

Campbell Brown, Facebook’s news partnerships director, told NiemanLab the platform spent 2018 reminding publishers that Facebook “is not about us trying to make everybody happy…I don’t see us as the answer to the problem.”

Shaved Mic | Gillette cuts ‘The Best a Man Can Get’ Campaign

After more than 30 years of great memories, Gillette has shaved “The Best a Man Can Get” ad campaign in favor of a “We Believe” campaign that challenges the very image of masculinity it once promoted.

So, it’s out with the individual, assertive and acquisitive identity in favor of a more clean-shaven face in wake of the shifting seas of family and relationships in the #MeToo era.

Gillette’s macho masculinity ad positioning debuted in 1989 during the Super Bowl – in the early days of the George H.W. Bush administration and the waning stage of the Cold War. It was all about “Indiana Jones and the Last Crusade.”

Those ads promoted a new top-of-the-line Atra razor in 60-second spots that highlighted different versions of a single theme: a white man scoring, whether at the office, on an athletic field or with a woman. The one specific location it invoked was Wall Street, the arena of the ultimate alpha male.

Today’s Gillette men are more about community and who they are rather than about boundless acquisitions and conquests.

Apparently it has nicked some of the brand’s more brash former stars.

Actor Piers Morgan blasted the ad, writing, “This absurd virtue-signaling PC guff may drive me away to a company less eager to fuel the current pathetic global assault on masculinity.”

Gillette is the latest major global brand that has cut both ways in public opinion.

You’ll recall that Nike stock soared last year after it unveiled an advertising campaign featuring Colin Kaepernick, the NFL star whose protest of police violence drew the ire of some who decried his decision to kneel during the national anthem.

With this bold move, Gillette has turned a more closely-shaven, softer, more conscious cheek to a public that demands more from their leading brands – and men!