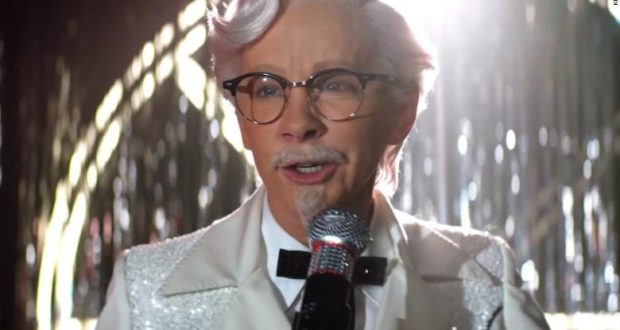 Trust in the government, media, business and NGOs in the U.S. declined more rapidly in the past year than after the global financial crash in 2008, driven by lack of faith in government, according to the Edelman PR firm’s annual trust barometer.

Globally, trust in journalism rose to its highest level in more than five years, that a decline in faith in search engines and social media platforms led to “media” being the least-trusted of the four institutions reviewed in the Edelmen study.

That lack of trust is also impacting perceptions of companies and brands more generally. “Misinformation has become the seminal issue of our day,” according to the report, and it’s a topic marketers can’t ignore.

The annual Edelman Trust Barometer showed overall trust in the four institutions it measures – the government, media, business and non-governmental organizations – falling more steeply in the United States than in any of the 28 countries surveyed.

Trump has broken with presidential tradition and repeatedly denounced the media and judiciary – attacks his critics say risk undermining public confidence in those institutions.

By contrast, the country that saw the biggest trust gains among its own citizens was China, after a year in which President Xi Jinping cemented his hold on power at a triumphal party congress. Faith in the Chinese government jumped 8 points to 84 percent. In the United States it fell 14 points to 33 percent.

“The United States is enduring an unprecedented crisis of trust,” said Richard Edelman, head of the communications marketing firm that commissioned the research.

Pointing to the steep erosion in trust in the United States, Edelman said it was the first time since the survey began 18 years ago that such a precipitous drop was not linked to a specific event, such as an economic crisis or catastrophe, like the 2011 Fukushima nuclear disaster in Japan.

Instead it comes at a time when the U.S. economy is showing robust growth and stock markets are at record highs.

“Normally when things are going well, trust is pretty good,” Edelman said. “Increasingly there is a disconnect between trust and economic outcomes.”

He attributed this to a politicization of the public discourse in the United States and elsewhere that has left many people confused about what is fact and what is fiction.

The survey showed nearly two in three people are unable to distinguish reliable news from rumors and falsehoods. While trust in journalism rose to its highest level in years, faith in search engines and social media platforms like Google, Twitter and Facebook fell in 21 of the 28 countries, making media the least trusted of the four institutions globally.

The Edelman survey, based on the opinions of over 33,000 people and conducted between Oct. 28 and Nov. 20 of last year, showed an even deeper lack of trust in U.S. institutions among the “informed public” – people who are college educated, earn above-average incomes and consume news regularly.

Among this group, trust declined a whopping 23 points, putting the United States in last place among the 28 countries surveyed, below Russia and South Africa. In 2017 it ranked sixth.

In the broader U.S. population, faith in the government was equally low among respondents who said they voted for Trump and those who supported his Democratic rival Hillary Clinton in the 2016 election. But trust in the media was significantly higher among Clinton backers.

The survey also showed that Americans’ trust in their own companies fell more steeply than in any other country, with Switzerland and Canada registering the highest levels of trust in their homegrown brands. It showed a revival of faith in “experts”, including academics and businessmen.

Nearly 45 percent of Americans get their news from Facebook according to Pew Research Center. For publishers, Facebook’s plans to shake-up its news feed may mean a dramatic change in traffic from the platform.

The social media company has said its new algorithm will prioritize what it calls “meaningful social interactions” – posts, photos and videos that users share and discuss. Content directly from publishers won’t perform as well unless people engage with it.

“The potential impact on publishers will depend on the extent to which traffic from Facebook is a significant percentage of a publisher’s traffic and, more significantly, its revenue,” says Nicco Mele of the Shorenstein Center on Media, Politics and Public Policy at Harvard University.

Yet Facebook also has said that it will surface content from “reputable publishers,” ranking news sources based on user evaluations of credibility. Experience has shown, though, that users are more likely to comment on and share sensational articles than dry, fact-based news. Publishers who have built their businesses on virality may do better, at least relative to their more staid peers.

That also raises a risk that the changes will amplify fake news, which could draw renewed criticism for the company.

Publishers that invest in reducing their dependency on Facebook will be best positioned to weather social media’s shifting tides. Many already have begun to do so, as traffic from Facebook has steadily declined over the past year.

Parse.ly, which tracks digital engagement, reported a 25 percent decline from February to October 2017 for 600 publications that it tracks.

In the long run, finding ways to engage with consumers directly, rather than through a third party, will be better for publishers.

Now, it’s up to the publishers to discover news ways to reach its key audiences.

McEntire stars in a campaign for the launch of KFC’s latest permanent menu item: Smoky Mountain BBQ Chicken, crispy fried chicken based on recipes from Memphis and the Carolinas.

The country star was a perfect fit for this product launch because of her southern roots and entrepreneurial spirit, Andrea Zahumensky, who became chief marketing officer of KFC U.S. in December, told the Wall Street Journal.

McEntire debuts as the Colonel in a 60-second TV ad set in a honky tonk, performing an original ode to the Colonel and the new chicken variety that was written by the brand’s creative team. (The “real” Reba also makes a cameo, in the audience.) A 30-second version began airing during CBS’s broadcast of the Grammy Awards last Sunday night.

The team has produced four different spots featuring McEntire, the most recent Colonel in a string of nearly a dozen introduced since 2015.

KFC’s strategy calls for continuing to introduce innovative new products, backed both by “even more exciting” new “Colonels,” and “new and unexpected” social media-driven campaigns according to the Wall Street Journal.