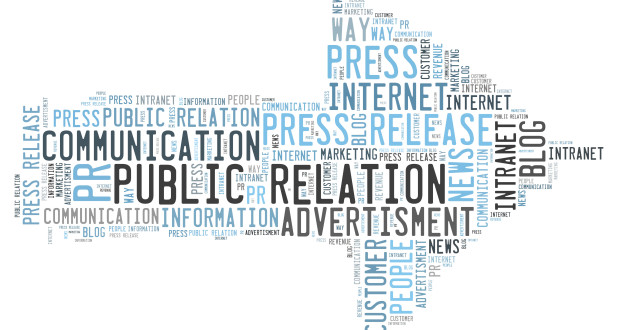 Ways to Show PR Value to your Organization

Showing the PR value of your brand, campaign or strategy is increasingly difficult in our digital age – and because today’s consumer journey is so complex.

Constantly connected and often drowning in a tidal wave of information, audiences and decision makers become aware of your brand across multiple channels and content platforms. How do you show PR value (earned media) in an increasingly distracted audience?

Arguments over which type of content is “better” reflect soloed thinking, according to the Public Relations Society of America’s Content Connection.

Instead, leverage the power of digital to measure and demonstrate your PR efforts. When you understand what content customers value, PR can work to create additive, influential experiences that set brands apart.

Here are ways to demonstrate PR’s value to your organization according to PRSA:

1. Modernize How You Organize Your PR efforts.

The communicator’s funnel is a way of organizing things the PR practitioner already knows to track, as they understand the importance of measuring social amplification, influence, pipeline conversions, revenue, mentions, total coverage, etc. But those need to be organized on a modern framework if you are going to make them comprehensible across an organization.

That’s the purpose of the communicator’s funnel.

This framework organizes things into three levels. The first is brand impact, which focuses on capturing an organization’s impact on awareness, mindshare, and reputation with metrics like headline mentions, share of voice, and sentiment. All very familiar territory. It’s the next step is the funnel that adds a new level of digital but still builds on the same measurement principles practitioners have always used. Now, it’s just a bigger conversation about website traffic and other digital properties.

The final level of the funnel, the bottom-line, is the piece that has the strongest tie to your efforts, but the parts above are necessary foundational metrics to prove bottom-line impact. Frame around each of these levels, brand, digital, and bottom-line, creates a crisp and straightforward conversation that even a C-level executive can understand.

The first step to demonstrating PR’s value is to understand what the company’s goals are for the year and then map your PR strategy (and spend) to those objectives. Overall company objectives for the year are often broad and vary greatly by organization.

Once you know what data points are important to your org, you can craft a narrative of how PR can help accomplish the objectives, the data points you need to report on to ensure the plan is working and the budget/technology you will need to deliver both the results and the data.

Public Relations can provide strategic insights that no other discipline can because earned media is the most trusted source of information (yes this is still true in today’s world of ‘fake news’). PR is also uniquely positioned to be an unexpected source of both industry and competitive information.

With the right tools, PR practitioners can provide insight into industry trends, popular topics, competitive plays, key influencers, and more.
In demonstrating value across an organization, PR also has the ability to define and identify key influencers that can be targeted not just for news pitches but also for content pieces, partner marketing, and more.

4. Partner with Your Marketing Team.

Can’t afford the tools necessary in today’s rapidly evolving environment? Borrow the strategy behind proving ROI of the marketing tech stack to help prove the value of technology for PR. Here are a few ways to can leverage existing marketing technology for your PR efforts:

Publish News Releases to a Blog

As discussed above, publishing news releases over the wire is one of the easiest activities that a PR pro can participate in. But pay attention. Rather than sticking to just the wire, post them to a company blog or start a new blog just for news releases. The digital/SEO person will love it because it creates high quality on-site content that can be shared and backlinked to. The PR team can then use links to the news release in targeted outreach.

Sales, market development, or sales development teams are probably using an email outreach program like Hubspot Sales (free version you can use) or Outreach.io that PR practitioners should leverage for targeted journalist outreach.

Email outreach tools like Hubspot Sales will allow you to upload an email pitch template and a list of news contacts to target.

Partner with the Web Analytics Team

The web analytics team has a treasure trove of information on who is visiting the organization’s website, what they do once they get there, and what drove them in the first place. Check out this insightful presentation on “Web Analytics Vital Role in Communications” to dive deep into the ways PR can leverage this data to prove their ROI and refine their strategy.

The strongest point to make is, “what will I get for the money I spend?” Or, what will the ROI of this investment be? Key Metrics like share of voice and AVE (Ad Value Estimates) are good tools, but you still need to drill down a level deeper and connect your efforts to the KPI’s your organizations know will drive results.

With the rapidly changing public relations environment, it’s becoming more important for to demonstrate value, but attribution is no small task.

White House aide Kelly Sadler unscrupulously punched below the belt when she took a rhetorical swing at Sen. John McCain after the ailing senator publicly criticized President Donald Trump’s pick for the CIA, Gina Haspel. Haspel had earlier raised some eyebrows for refusing to say whether she believes the use of torture is immoral.

According to multiple unnamed sources cited by various news outlets, Sadler said it “doesn’t matter” what McCain thinks because “he’s dying anyway.” The White House did not dispute the remarks, but issued a statement in support of McCain, who is fighting brain cancer, and his family at the time.

The White House has not yet publicly apologized to McCain, nor has it said whether Sadler would keep her job. Instead, White House spokespeople, including Sarah Huckabee Sanders and Raj Shah – and, on Monday, Trump himself – have chastised “leakers.”

Conway doubled up on that line, saying the Trump administration has had a problem with staffers “using the media to shiv each other.”

However, Conway hinted there may be a shakeup at the White House after the fallout from the aide’s mocking remarks.

During a Fox News interview on Monday, Conway pointed to internal leaks – like those which led to the revelation of Sadler’s remarks – as being unhelpful to the administration. And when asked whether she thinks some heads would roll because of it, Conway said, “I do, actually. Yes, I do.”

This whole episode is a lesson in bad PR. Just because a colleague questions a choice is not a license to get mired down in a swamp that the administration vowed to drain. The White House can do better than this!