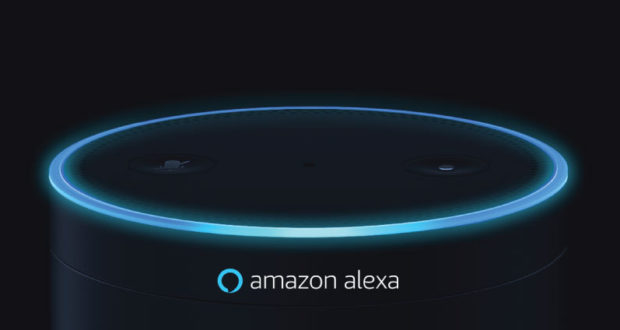 Alexa, You are a Super Bowl Winner!

Alexa may have lost her voice, but she found gold in the Super Bowl ad game.

The Amazon ad also topped USA TODAY’S annual Ad Meter, which tallies votes from experts and consumers – Including The Spin Cycle – weighing in on the best ads for the biggest game of the year.

The ad was created by Lucky Generals, a small U.K.-based agency founded in 2013, and the first non-U.S. agency to clinch the top spot.

The top 5 in the individual categories were similar but not identical: In effectiveness, Jeep’s “Anti-Manifesto” bumped the NFL’s “Touchdown Celebrations” from the top 5. Among the top entertainers, Toyota’s Paralympics-themed “Good Odds” displaced “Stand by You.”

The Ad Age Super Bowl Ad Rank With Morning Consult was conducted online from Feb. 2 -5, 2018, among 3,956 respondents in the advertising and marketing industry. Each ad was rated between 1 to 10 on effectiveness and entertainment by between 492 and 1,515 respondents.

It found some big differences between ads’ entertainment value and what pros thought they did for brands. They ranked Stella Artois’ “Taps” spot about safe drinking water No. 7 for brand effectiveness, far higher than the 38th-place showing they gave it for entertainment. Toyota’s interfaith “One Team,” on the other hand, ranked 17th in entertainment but only 35th for effectiveness.

The USA TODAY ad meter had a slightly different ranking on the top ads of the Super Bowl – with Alexa, the famous virtual voice on Amazon Echo devices spiking the winning spot.

Here are the Top 5 as ranked by ad meter:

Ads this year cost an average a little more than$5 million, according to NBC. Ads cost $40,000 for the first Super Bowl in 1967 – before the game was even called that – which is roughly $300,000 adjusted for inflation. But advertisers are willing to pay the price because the Super Bowl offers one of the last places to find a mass audience watching an event live, commercials and all.

Kantar Media’s preliminary estimate of in-game ad expenditures this year is $414 million, second most in history behind last year’s game, which was the first Super Bowl to go into overtime. Kantar, the media research firm, said this year there were 49 minutes and 35 seconds of commercial time – accounting for 22 percent of the broadcast – from paying sponsors and from the NFL and NBC Universal.

Nick Foles – who was close to walking away from pro football this time last year – has risen to the pinnacle of the game, earning a Super Bowl trophy and the MVP award.

The Philadelphia Eagles renaissance QB took them both after leading Philly past the New England Patriots, 41-33, in Super Bowl LII.
Foles’ miraculous underdog story reached its conclusion at U.S. Bank Stadium in Minneapolis, where the journeyman quarterback threw for 373 yards and three touchdowns and even caught a score in the upset win.

The first quarterback to lead the Eagles to a Super Bowl title, Foles made history in more ways than one, also becoming the first player to throw and catch a touchdown in the same game in Super Bowl history.

Drafted by Andy Reid’s Eagles in 2012, Foles started 24 games in Philly over the span of three seasons. During his historic 2013 season, Foles put up a still unmatched 27:2 TD-INT ratio and a league-best 119.2 QB rating. But within one season, Foles was benched by Chip Kelly and then shipped off to the St. Louis Rams, where he languished for one season under Jeff Fisher.

After an offseason of contemplation and one year in Kansas City, Foles returned to Philadelphia this season on a two-year deal to back up the franchise quarterback Carson Wentz. But when Wentz suffered a season-ending ACL injury in Week 14, Foles was thrust into the spotlight, and Philadelphia was written off.

Despite concerns over Foles’ ability to perform in big games, Eagles coach and former backup quarterback Doug Pederson trusted in his experienced signal-caller throughout the postseason and into the Super Bowl. And the rest is history! Foles takes the Super Mic!