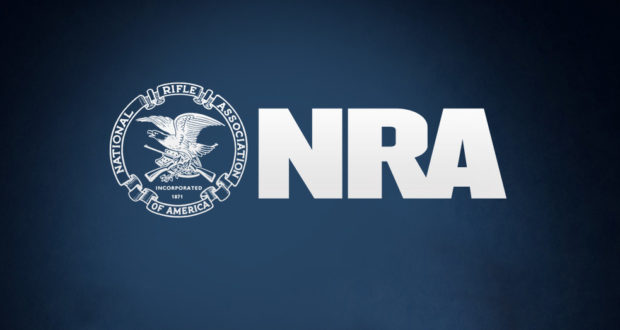 Major brands are cutting ties to the National Rifle Association in the wake of public pressure after the tragic mass shooting at a Parkland, Fla., high school.

And there’s little advantage for companies to stick with the NRA, branding experts told USATODAY.

“Unless you’re in an adjacent industry like hunting, having a public connection with the NRA is” highly detrimental to a brand, said Aaron Kwittken, CEO of Kwittken, a New York-based corporate brand reputation and crisis management agency.

But some companies have resisted calls to cut ties. FedEx said it was keeping a discount deal for NRA members while issuing a statement that tried to distance its views on gun policy from the group’s. FedEx has clarified that the discount program it offers is for NRA members, not the organization itself. FedEx has never provided any donation or sponsorship to the NRA, the company said.

Two other notable companies that have resisted increasingly strident calls to end financial relationships with the gun owners group are Apple and Amazon. They have refused to yank an NRA public relations channel from their streaming services.

Teen survivors of the Parkland school rampage, which killed 17, and their families began protests calling for gun reform, which quickly positioned them in the national spotlight, and took social media by storm, with the hashtag #NeverAgain.

The Wall Street Journal thinks it might know your reading habits — and your potential spending habits — better than you know them yourself.

For the past couple of years, the Journal — home to one of journalism’s oldest paywalls — has been testing different ways to allow nonsubscribers to sample stories, refining a subscription prediction model that allows it to show different visitors, who have different likelihoods of subscribing, different levels of access to its site, according to a recent NiemenLab report.

Non-subscribed visitors to WSJ.com now each receive a propensity score based on more than 60 signals, such as whether the reader is visiting for the first time, the operating system they’re using, the device they’re reading on, what they chose to click on, and their location (plus a whole host of other demographic info it infers from that location). Using machine learning to inform a more flexible paywall takes away guesswork around how many stories, or what kinds of stories, to let readers read for free, and whether readers will respond to hitting paywall by paying for access or simply leaving.

The Journal has found that these non-subscribed visitors fall into groups that can be roughly defined as hot, warm, or cold, according to Wells. Those with high scores above a certain threshold — indicating a high likelihood of subscribing — will hit a hard paywall. Those who score lower might get to browse stories for free in one session — and then hit the paywall. Or they may be offered guest passes to the site, in various time increments, in exchange for providing an email address (thus giving the Journal more signals to analyze). The passes are also offered based on a visitor’s score, aimed at people whose scores indicate they could be nudged into subscribing if tantalized with just a little bit more Journal content.

The Journal is hardly the first to use propensity-modeling techniques — common in the app world for trying to convert casual users into paying users — to increase subscriptions. The Financial Times has for years been using data to more efficiently target readers with the offers that they are more likely to respond to.

To say the Academy Awards made a splash this year could be the greatest understatement this side of the Silver Screen!

“The Shape of Water” won best picture at the 90th Academy Awards on Sunday, a night that featured a wide array of winners but few surprises.

Guillermo del Toro also won best director for the movie, an incredible love story about a mute woman and an amphibious creature. Other big winners included best-picture nominees “Three Billboards Outside Ebbing, Missouri,” “Get Out,” Name “and “Darkest Hour.”

Accepting her award McDormand asked every female nominee in the Dolby Theatre to stand. “We all have stories to tell and projects we need financed,” she said, using the podium to make a glorious stand for women’s rights.

Accepting the award for best picture, del Toro dedicated his prize to “the youth that is showing us how things are done.” He added: “Growing up in Mexico, I thought this could never happen.”

The awards show took on the #MeToo movement, sparked by revelations of sexual misconduct by powerful men throughout Hollywood.

Sam Rockwell won best supporting actor for his portrayal of a racist cop in “Three Billboards.” Allison Janney, who like. Rockwell was heavily favored to win, took home the best supporting actress trophy for her role as Tonya Harding’s domineering mother in “I, Tonya.”

But not everyone was a winner! It was a ratings bust for ABC as the awards show attracted the fewest viewers in history, according to data released by Nielsen.

About 26.5 million viewers tuned in to the 2018 Oscars, marking a record low and the first time Academy Awards viewership sunk below 30 million people, the Associated Press reported. To put it in perspective, viewers tuning out could fill Madison Square Garden more than 300 times.

Of course, the data doesn’t include people who streamed the Academy Awards on digital or mobile platforms, though ABC made the broadcast available online and through its app for those with a cable login.

The figure is the lowest since Nielsen started tracking Oscars viewership numbers in 1974. Viewership sunk by 20 percent from last year, when 32.9 million people watched the 2017 Oscars. The 2017 Oscars saw was the lowest number of viewers since 2008, when the broadcast drew in 32 million viewers. In 2016, an average of 34.4 million people watched the Academy Awards broadcast.

The Spin Cycle suspects this is a sign of the times, where the public is increasingly cutting the TV cord and opting to stream on mobile devices, another trend of our fast-paced, on-the-go society.