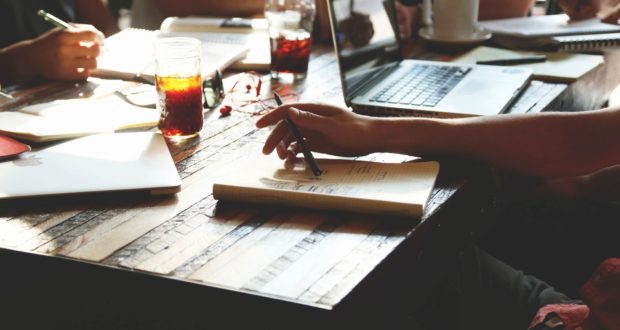 Nearly two-thirds (64 percent) of public relations professionals surveyed for this year’s Global Communications Report predict that in five years the average consumer will not be able to distinguish between news stories written by journalists and promotional content purchased by an organization. And almost as many (59 percent) believe the average person will not care if they can tell the difference between the two – which is an alarming trend for The Spin Cycle.

The third annual study, released today by the USC’s Center for Public Relations at the USC Annenberg School for Communication and Journalism in partnership with The Holmes Report, is a comprehensive survey of more than 1,000 public relations leaders and students worldwide.

“As traditional advertising revenue declines, media outlets are creating new sources of revenue through branded promotional content, which has blurred the historically clear-cut line between news and advertising,” said Fred Cook, director of the Center for Public Relations. “This shift demands a higher level of transparency from business and greater level of media literacy from consumers.”

While consumers are unconcerned about the blurring line between paid and earned content, practitioners are worried: 42 percent believe the trend toward “branded content” is a potential ethical issue. An even greater number (52 percent) are concerned about the related, fast-growing practice of paying celebrities, YouTubers or Instagrammers to create content that promotes various products and brands.

As a result, PR executives predict a decline of resources devoted to earned media over the next five years, as owned and paid media budgets continue to grow.

“The PR industry will have to adapt to a world in which the lines between paid, earned, owned and shared media are not only blurring, but largely irrelevant in the minds of consumers,” said Paul Holmes, founder of The Holmes Report and a partner in the research. “But at the same time, credibility and trust will be more important than ever. That means PR people need to apply even more rigorous standards of integrity and honesty to their work, whatever media they are using.”

The report also highlighted some of the other ethical challenges facing the industry. The vast majority (92 percent) of professionals cited “fake news” as the most challenging ethical threat, followed by the purposeful distortion of the truth (91 percent). Defense of malicious behavior (88 percent) and lack of corporate transparency (81 percent) are also high on the list of potential ethical issues confronting communicators.

“Today, communications professionals regularly find themselves in the middle of complex ethical situations, which impact the image of their organizations and their profession,” said Cook. “As we witness every day, even the slightest hint of unethical behavior can result in permanent damage to the reputation of a company or an individual.”

Despite these troubling issues, 46 percent believe businesses in their countries have become more ethical over the past five years and 62 percent predict that business will behave even more ethically over the next five years. The same development applies to their own industry: 61 percent say PR will operate more ethically in the future.

Even though 55 percent of public relations executives cite working for controversial clients as a potential ethical issue, 82 percent believe that all individuals, organizations and governments have the right to PR counsel. However, 95 percent of those same communicators state they personally would not represent or work for certain organizations, individuals or governments due to ethical concerns.
Tobacco (79 percent) and firearms (74 percent) top the list of industries they believe represent potential ethical issues. Representing political candidates is not far behind at 60 percent.

Total local TV news employment has surpassed newspaper employment for the first time in more than 20 years, according to the latest RTDNA/Hofstra University Survey.

Total local TV news employment dropped 1.8 percent over the last year, from 27,600 employees to 27,100. Part of the loss comes from continuing consolidation in local TV news – a net loss of two local newsrooms this past year. There’s also been a small decrease in both the average newsroom size (down 0.1 from a year ago) and the median size (down 2 people from a year ago), in part due to a skew in reporting this year toward smaller market stations.

Total TV news staffing shows a mixed picture this year. Average full-time staff slid by 0.1, and median staffing fell by 2. But this year’s survey involves a slight under-reporting by top 25 market stations and a slight over-reporting of stations in markets 101 and smaller.

Staffing levels at ABC, NBC, CBS and Fox – the “big four” – affiliates rose by 0.2 on average and 0.5 in median numbers. Staffing at stations in the top 100 markets all increased.

Former First Lady Barbara Bush was the matriarch to her family and our nation – and a lifelong champion of family literacy that changed the generations!

She was the indomitable force of one of America’s grand political families. And she brought self-deprecating humor, swagger and moxie to the world – and made it a better place.

Bush died at 92 after announcing she would no longer continue medical treatment following a series of hospitalizations in the last few years.
Her life impacted all she came in contact with, and she will forever be remembered as the rock that held up a presidential family, a beacon of hope, a symbol of stern pragmatism, authenticity and grace.

The New York native and longtime Texas resident first served as America’s second lady during her husband’s tenure as vice president under President Ronald Reagan from 1981 to 1989. Upon President Bush’s election in 1989, she became the first lady until her husband left office in 1993.

She was America’s First Mother, First Grandmother – and she certainly put the “lady” in First Lady!

Bush embraced her role when her husband was vice president, ultimately focusing on literacy as her special cause. She would later start the nonprofit the Barbara Bush Foundation for Family Literacy, which advocates for helping parents and their children learn the basic educational skills of reading and writing.

In addition, the former first lady wrote multiple children’s books and published a memoir – Barbara Bush: A Memoir and Reflections: Life After the White House – in 2003. She also authored Millie’s Book, written from the perspective of the first dog.

Known for her wit and fortitude, Bush spent her final years with her beloved husband in their homes in Houston and Kennebunkport, Maine.
The memorial service for this grand lady was awe-inspiring. Her granddaughter, Dorothy Bush Koch, perhaps put it best by quoting
an adapted excerpt from William Shakespeare’s “Romeo and Juliet,” the same lines recited by Robert F. Kennedy at the Democratic National Convention in 1964, in a tribute to his slain brother, former president John F. Kennedy. The passage reads:

And when she shall die
Take her and cut her out in little stars,
And she will make the face of heaven so fine
That all the world will be in love with night
And pay no worship to the garish sun.

There’s a brighter glow to Heaven now, where no doubt Bush is reading to the angels and tossing a ball to Millie.