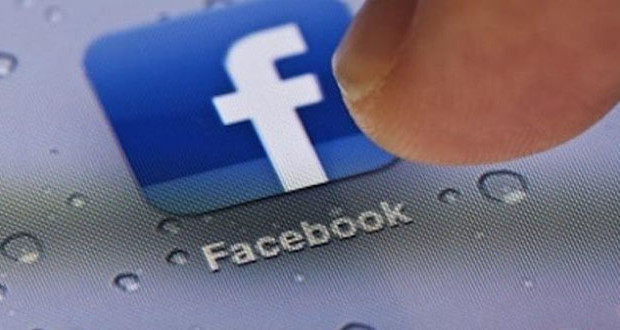 Facebook has taken another step in fighting fake news – by showing Wikipedia entries about publishers and additional Related Articles to give more context about the links they see.

It has begun testing a new “i” button on News Feed links that opens up an informational panel. “People have told us that they want more information about what they’re reading” Facebook product manager Sara Su told TechCrunch. “They want better tools to help them understand if an article is from a publisher they trust and evaluate if the story itself is credible.”

This box will display the start of a Wikipedia entry about the publisher and a link to the full profile, which could help people know if it’s a reputable, long-standing source of news – or a newly set up partisan or satire site. It will also display info from their Facebook Page even if that’s not who posted the link, data on how the link is being shared on Facebook, and a button to follow the news outlet’s Page.

If no Wikipedia page is available, that info will be missing, which could also provide a clue to readers that the publisher may not be legitimate.

Meanwhile, the button will also unveil Related Articles on all links where Facebook can generate them, rather than only if the article is popular or suspected of being fake news as Facebook had previously tested. Trending information could also appear if the article is part of a Trending topic. Together, this could show people alternate takes on the same news bite, which might dispute the original article or provide more perspective. Previously Facebook only showed Related Articles occasionally and immediately revealed them on links without an extra click.

The changes are part of Facebook’s ongoing initiative to improve content integrity. Whenever Facebook shows more information, it creates more potential misinformation. “This work reflects feedback from our community, including publishers who collaborated on the feature development as part of the Facebook Journalism Project” Su said.

And to avoid distributing fake news, Facebook says Related Articles will “be about the same topic – and will be from a wide variety of publishers that regularly publish news content on Facebook that get high engagement with our community.”

Getting this right is especially important after the fiasco in wake of the tragic Las Vegas mass-shooting pointed people to fake news. If Facebook can’t improve trust in what’s shown in the News Feed, people might click its links less. That could hurt credible news publishers, as well as reducing clicks to Facebook’s ads, according to TechCrunch.

Facebook initially downplayed the issue of fake news after the U.S. presidential election where it was criticized for allowing pro-Trump hoaxes to proliferate. But since then, the company and Mark Zuckerberg have changed their tunes.

Twitter is adding a “Happening Now” feature that will group tweets by event, the company recently announced.

The feature, which will start with sports games, is yet another way the company is seeking to highlight information on its platform outside of the traditional following model.

A Twitter algorithm will chose which events to highlight, targeting them to individual users and displaying them at the tops of their timelines, according to BuzzFeed News. When an event, it takes you into a dedicated timeline for that event, where Twitter will highlight tweets about it.

Under the leadership of CEO Jack Dorsey, Twitter has been set on making the product easier to use for new and casual users. Highlighting the best of its platform – via products like Happening Now, Moments, topic-based tweets in its Explore tab, and more – gives these users a chance to get value out of Twitter without having to build lists of people to follow in their timelines.

With Happening Now, a casual Twitter user who is a Titans fan can use the app to follow the latest Tweets about the Titans game, without having to find the dozens of sportswriters and legions of fans that may be tweeting about the game.

The tweets are sorted algorithmically. A Twitter spokesperson confirmed that the company’s prior work sorting tweets underneath live video on Twitter has helped it build the capabilities to sort tweets for live events.

The influential senator from Tennessee typically stays above the fray when it comes to political hot air. But he also stands his ground on principles that are important to the success of America.

So when the perpetual geyser in the heart of the swamp blew yet again, the junior senator, well, came uncorked. And rightfully so.

Perhaps President Trump learned a valuable lesson that Corker can be even more forceful, and downright tough. It all started when Trump claimed that Corker begged for his endorsement and then decided not to run when he said no.

“It’s a shame the White House has become an adult day care center,” he tweeted in perhaps the best political comeback in recent memory. “Someone obviously missed their shift this morning.”

Corker packed even more punch later in an interview with The New York Times, where he warned that Trump’s threats to other countries could set America “on the path to World War III.” He said the former reality show host approaches the presidency as if he were still producing “The Apprentice” and consistently tweets untruths.

This oh so public spat between Republican leaders is just the latest sign of how their relationship has soured since last year when Corker was considered a possible vice presidential running mate for Trump.

It’s also a refreshing take on how Corker will lead during his final months in office. Since he announced he won’t seek reelection to the Senate, he has boldly claimed that three of Trump’s top advisors are keeping the country from falling into shambles. He has also put his fellow Republican senators on notice that he can’t support any tax reform that adds “one penny” to the federal deficit.

Trump is not the only president to squabble with members of his own party. Franklin D. Roosevelt made a habit of warring with conservative southern Democrats who tried to stand in the way of civil rights reform.

Former senator and Reagan chief of staff Howard Baker, was a voice of reason in the Watergate investigation that led to the resignation of President Nixon.

Throughout history, past presidents have tried to keep their disagreements with those in their own party private to preserve harmony. But harmony is not in the Twitter-in-Chief’s vocabulary. At least not now.

Trump needs Corker more than Corker needs him, however. With the slim majority in the Senate, Trump needs Corker’s important vote on issues such as health care, immigration and tax reform. And since Corker is the Senate’s foreign policy expert – Trump would be wise to listen to him and his sage viewpoint, relationships and influence with leaders around the world.

In other words, put a cork in it, Mr. President, and listen to the drawl of reason echoing from the hills of Tennessee!