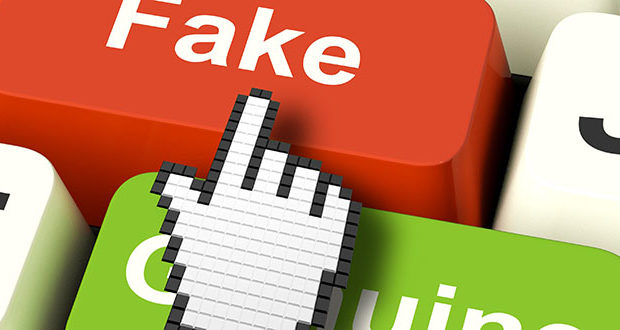 Controversies over fake news have damaged trust in media in the United States and elsewhere, but the impact is far worse for social media and online-only outlets than it is for traditional print and TV outlets, a survey has found.

The research and data company Kantar, in a survey of 8,000 people in the United States, Brazil, Britain and France, found that newspapers, magazines and TV news outlets had retained a greater measure of public trust than digital specialists had.

In the United States, mainstream media have reported on the online spread of fabricated stories aimed at helping Donald Trump win the presidency last year. Meanwhile, Trump has accused the mainstream media itself of producing fake news.

Overall, 58 percent of those surveyed said that as a result of becoming aware of fake news they had less trust in social media news stories about politics or elections. For mainstream media, the figure was 24 percent.

The survey drew a link between depth of coverage and trust levels. The findings showed that a much higher proportion of people rated magazines, TV news channels, radio and newspapers highly for in-depth commentary and analysis, than did so for social media news.

Kantar said its analysis showed usage of the expression “fake news” had surged in mainstream news around the time of the U.S. presidential election in November 2016, and had peaked on Trump’s first day in office in January this year.

A new report published by First Draft, a project of the Shorenstein Center, examines how dis-information campaigns have become widespread and, heavily relying on social media, contribute to a global media environment of information disorder.

The report is a comprehensive analysis of information disorder and its related challenges, such as filter bubbles and echo chambers, and provides a framework for dialogue that can be used by policymakers and researchers. It contains 34 recommendations for stakeholders such as technology companies, media, national governments, civil society, and educational agencies to help them identify strategies to address the problem.

The report was written by Dr. Claire Wardle, research fellow at the Shorenstein Center on Media, Politics and Public Policy at the Harvard Kennedy School and Hossein Derakhshan, executive director of First Draft, and writer and researcher.

“What we are witnessing is something completely new: disinformation campaigns, often playing with people’s emotions, spreading at great speed, with a potential to have an enormous impact on society,” said Wardle. “To fight misinformation, simply pushing out more factual information, without understanding the emotional and ritualistic elements of communication, could be a complete waste of time.”

Key findings of the report:

»There are three different types of “information disorder”:

–Mis-information, when false information is shared, but no harm is meant;

–Dis-information, when false information is knowingly shared to cause harm;

–Mal-information, when genuine information is shared to cause harm, often by making public information designed to stay private.’

»There is a complex web of motivations for creating, disseminating, and consuming “polluted” messages.

–Political: Some see disinformation as a tool to mobilize action and behavior change.

–Psychological: Some who create and share misinformation are seeking prestige or reinforcement.

–Social: Some are motivated by a desire to connect with others around a shared group identity or worldview.

–Messages that are most shared evoke an emotional response, have a powerful visual element and strong narrative, and are repeated.

–Algorithms that favor images and video have the potential to reach more users than articles or text posts—regardless of veracity.

–Visuals are overwhelmingly the most shared pieces of disinformation and are the most difficult to debunk.

»There are innumerable platforms hosting and reproducing this content:

–Seeing the same message many times across platforms makes users more likely to believe it to be true.

–Sharing information on social networks allows people to “perform” their identities with others who share their worldviews.
–Filter bubbles keep opposing viewpoints out of social media feeds. If platforms changed their algorithms to provide users with more challenging

material, people would likely spend less time on them.

»There is a risk that in the near future, audiences may have little trust in the information they find online.

The report also provides a round up of related research and practical initiatives, and stresses the need for additional research, including about the way humans make sense of and use information in their lives.

Outfoxed Mic: The Fox & The Mouse

Walt Disney has been talking with 21st Century Fox to purchase a large piece of its entertainment businesses, signaling that Disney is serious about bolstering its sagging TV operations and that media mogul Rupert Murdoch is open to a surprising restructuring of his empire.

Disney approached Fox about buying its cable TV networks such as FX and National Geographic Channel, the Twentieth Century Fox studio and international-distribution operations, which would have left 21st Century Fox focused on sports, news and broadcast TV. The talks reached an impasse over price and have cooled significantly, though it could be put back on the front burner. A deal with Disney would throw into question Mr. Murdoch’s succession plans for his two sons: James, chief executive of 21st Century Fox, and Lachlan, executive co-chairman at Fox.

Traditional media companies are racing to adapt to rapidly evolving industry changes that threaten their business, including the rise of streaming-media services that are capturing cable TV subscribers and mergers that have given tremendous clout to distributors such as Comcast Corp., Charter Communications and AT&T Inc.

Now, the elder Mr. Murdoch, who has spent decades building interests in entertainment, has much of his attention focused on Fox News, which would remain in the fold of 21st Century Fox under the deal considered with Disney, according to The Wall Street Journal. Fox News has been dealing with the fallout of sexual-harassment scandals and adjusting to a prime-time lineup with new faces after high-profile departures, though it has maintained its No. 1 position in the cable-news ratings. The elder Mr. Murdoch took the reins at Fox News last year after longtime boss Roger Ailes was forced out over sexual-harassment allegations, over which the company has paid out tens of millions of dollars in settlements. Mr. Ailes, who died this year, denied the allegations.

So, who will win in this media dance, the Fox or the Mouse? Stay tuned!