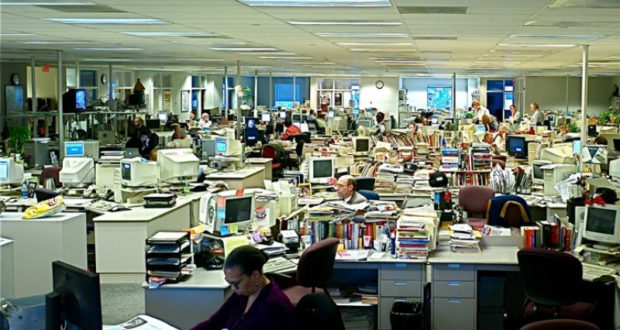 Alongside 24/7 reporting, articles published in real time require the modern newsroom to always be open. So when incidents happening across the world reach newswires and social media in mere moments, crisis teams must take action immediately.

Regardless of industry, crisis and PR staff can adopt newsroom practices to achieve dynamic and timely responses to developing events that can have immediate and long-term impacts, according to a Dataminr report.

Bringing newsroom agility to your brand

Crisis and PR teams can adopt a version of this newsroom structure to increase effective response time. Executing this transition can require new roles:

»Field reporter: In place of an employee at an assignment desk, a team member can be tasked with tracking relevant news.

»Managing/assignment editor: Another employee can build from his or her colleague’s work by following specific topics of interest and bringing them up to the PR head for further investigation.

»Deputy editor: The PR head can then rapidly structure an organization’s real-time response when and where needed, or develop a posture for more delayed reactions.

By adopting this workflow, PR teams are better able to make swift decisions about the content and timing of responses, and more rapidly adapt to market news relevant to its business and brand mission.

Social media are driving both emerging stories and conversations that can impact brands. A 2017 Pew Research study found that 67 percent of Americans retrieve a portion of their news from social media. This trend is similarly reflected in newsrooms: A Cision survey found that 42 percent of participating journalists use five or more social media channels when reporting.

In effect, crisis response and PR teams should follow these statistical leads and establish plans to tap into social media and other forms of real-time information in order to react to events as they occur. They can also use more than one channel to gather information, staying on top of long-term trends and stories alongside real-time emerging news. This leads to better awareness, as PR teams know when exactly to join the narrative and control, substantiate, or contribute to the story.

Similarly, PR and crisis teams can use social media to learn of breaking news and mitigate potential reputation damage quickly, or keep employees and facilities safe and secure.

While both teams traditionally have strategies in place in order to react to breaking stories or brand-related issues, these plans are often delayed due to lack of story clarity, confirmation, and/or internal bureaucracy. By adopting social media in their approach, however, teams can begin to execute plans directly in response to emerging stories as they happen, in effect launching strategies when they’re needed and not when it’s too late.

News editors can choose to break a story with a fast response or slowly gather facts and perspectives to avoid risks and mistakes. Google adopted this approach when the company waited to aggregate information and impacts before reacting to a potential extremist content crisis. Following the trending story, Google took immediate steps to ban selected content, without overextending its reach. Simultaneously, by gathering all the details before acting, Google was able to limit backlash from advertisers and content creators.

This treatment of emerging stories can help crisis response and PR teams best respond and adapt. A team that structures itself like a newsroom, with defined roles to find and elevate relevant news and plans for interaction, can make more informed decisions. Pairing this awareness with social media empowers teams to use all the information at hand in the moment, define a plan, and decide if or when to enter the public conversation. Incorporating social media tools to protect and propel your brand will ensure that you are prepared to handle virtually any situation.

According to Disney company estimates, the Marvel-produced movie earned $235 million in U.S. box-office revenues over its debut holiday weekend, making “Black Panther” the fifth movie to debut earning more than $200 million for its opening weekend.

The national TV campaign began in earnest in late December — with NFL Football programming and the College Football Playoff series getting major media buys. More recently, there was major ad exposure for the movie during the 2018 Pyeongchang Winter Olympics.

Evangelist Billy Graham, who counseled presidents and preached to millions across the world from his native North Carolina to communist North Korea during his 70 years as a pastor, has joined his maker in the most revered pulpit on high.

Graham, 99, preached for everyone, from farmers to soldiers to presidents to queens. His Christian message crossed the divides and united the world in the peaks and valleys of life. His message resonated with a calm confidence that connected the generations.

Graham was a towering figure who more than anything loved the Lord and his precious Jesus. And he helped heal a broken world. He was a hero who earned the title “God’s Ambassador.”

He preached Christianity to more people than anyone else in history, reaching hundreds of millions of people either in person through crusades or via TV and satellites. His message raced across the airwaves to quench a world’s thirst for forgiveness, grace and redemption.

Graham became the White House chaplain to numerous presidents, perhaps most famously Richard Nixon. And he met with scores of world leaders, the first known evangelist to take his message behind the harrowing Iron Curtain during the height of communism.

In his heyday Graham had a thunderous, quick-burst speaking style that earned him the nickname “God’s Machine Gun.” Through his “Crusades for Christ,” Graham sowed fields of devotion across the American heartland that would become fertile ground for the religious growth.

He was a master of the media, and his influence was fueled by an organization that carefully planned his campaigns, putting on international conferences and training seminars for evangelical leaders from around the globe.

Graham’s command of the media was pioneering. In addition to radio and publishing, he used the power of the telephone, television and satellites to deliver his message to homes, churches and theaters around the world. He brought religion into the TV age.

Graham started meeting with presidents during the tenure of Harry Truman. He played golf with Gerald Ford, swam in the White House pool with Lyndon Johnson, vacationed with George H.W. Bush and spent the night in the White House on Nixon’s first day in office.

George W. Bush gave Graham credit for helping him rediscover his faith and in 2010, when it was difficult for Graham to travel, Barack Obama made the trip to the preacher’s log cabin in North Carolina’s Blue Ridge Mountains.

He touched the multitudes with his commitment to Christ, shining like a beacon for the downtrodden, the weak, the oppressed – and the famous. Graham connected with all. From his early years when he preached in tents dubbed “canvas cathedrals” to the largest stadiums in the land. I know he’s got a revival going on beyond the Pearly Gates, the likes of which have never been seen before!